Dozens of suspects – who are either known gang members or criminal business associates – are facing over 150 charges following a year-long racketeering investigation, officials say.

The crimes spanned Polk County and as far as North Carolina. Sheriff Grady Judd said law enforcement officials typically do not name gangs in order to avoid ‘glorifying’ them, but "they’re so dangerous we need to bring to the community’s attention what they are doing," he explained during a Wednesday press conference.

"'Sex Money Murder' prides themselves in creating fear in the gang communities and the drug communities," he said. "We were looking to take the hierarchy out. This is a statewide operation. This is not Polk County-centered." 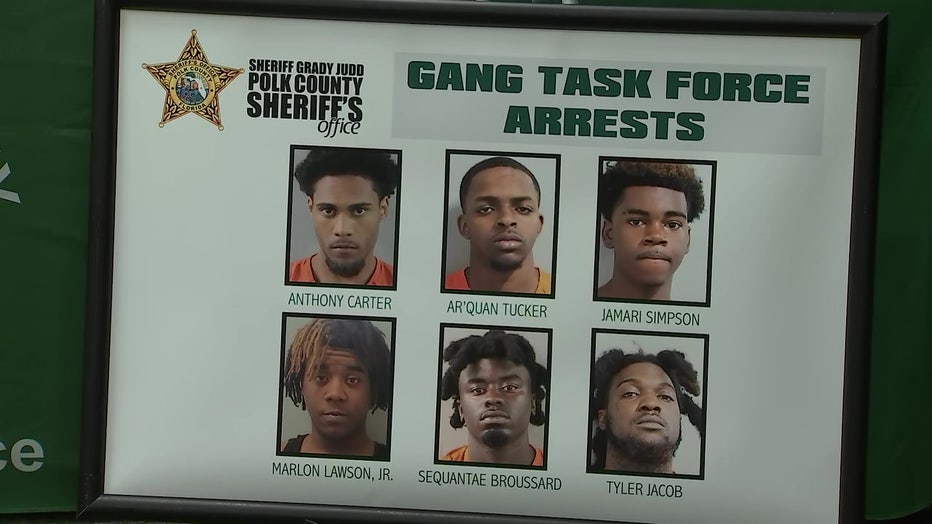 Attorney General Ashley Moody, state law enforcement officials, and investigators from police departments across the county were part of the investigation. 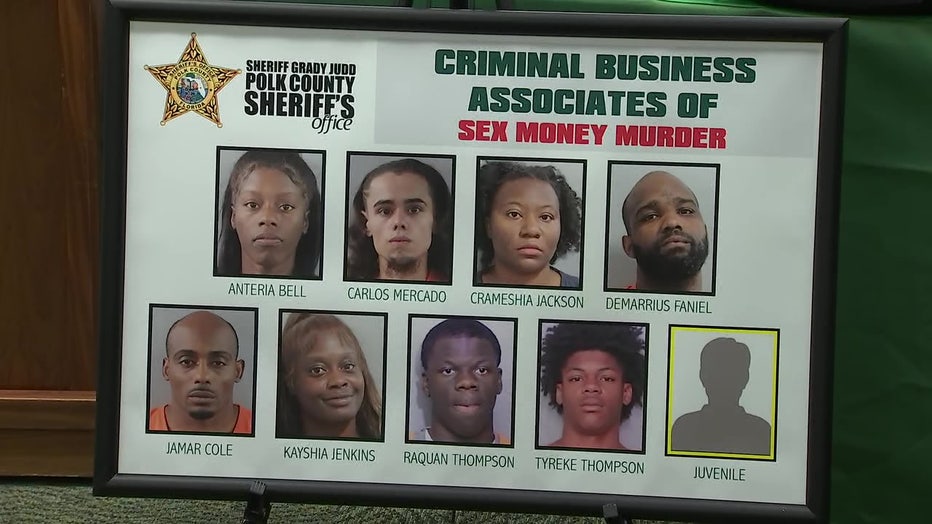 In total, 41 suspects are facing charges. Twelve are charged with racketeering. There were 121 felonies and 40 misdemeanors filed. Their criminal histories include 1,147 felonies, 161 misdemeanors, and 205 felony convictions.

"They went into one home invasion and pistol-whipped an 8-year-old child. If that’s not bad enough, they did a home invasion at another place that sold drugs and placed their gun to a 3-month-old’s head, and told the parents, ‘Give it up.’ And you know what’s next if they didn’t," Sheriff Judd explained. "They think nothing of having drive-by shootings in the streets. In 2018-2019, we saw a lot of these gang bangers rolling out of state prison. If they’re not in prison, they’re robbing, shooting, killing."

He said the "head" of the Sex Money Murder gang in North Carolina was also charged.

The 12 racketeering charges include gang enhancements, the sheriff said, meaning they face life in prison rather than 30 years.

"We have just begun to arrest gangsters in this particular operation," Sheriff Judd said. "We’re blessed in that no innocent bystanders have been killed yet."

Attorney General Moody touted the "collaborative effort" between state and local agencies, adding that the investigation to track down violent gang members isn't over.

"Evil lurks in our communities. There is no doubt about that. Evil is a person who holds a gun to the head of a 3-month-old," she said. "This gang is particularly dangerous and insensitive to human life. Gang members are merchants of death. They murder. They harm. They break into homes. They rob people at gunpoint. While they are glorified, it is not a life that anyone should seek."

Sheriff Judd said the gang task force is "alive and well" and officials are going to the homes of known gang members to speak with their families. He said parents have either thanked law enforcement officials or "slammed the doors in their faces."

"At the end of the day," he said, "this gang task force is a priority because we are not going to let kids kill kids."