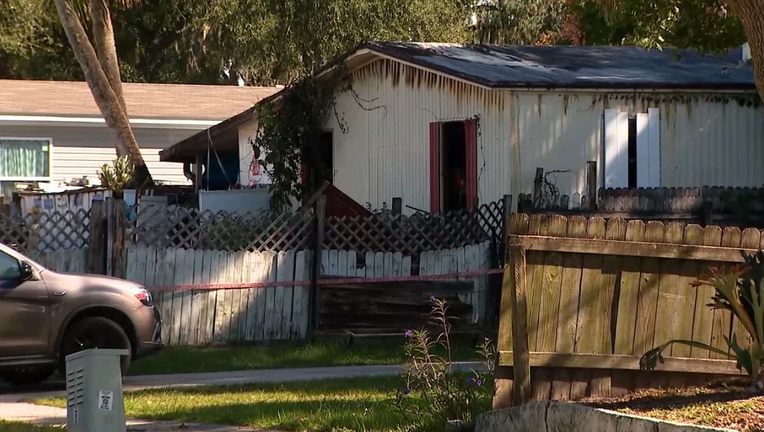 PORT ORANGE, Fla. - Dog after dog was walked out of a house in Port Orange as crews fought flames coming from the small home.

Some of the neighbors of the residence on Leslie Drive stepped in to help corral the dogs.

"I did it for their safety as well," said Grace Heise. "She has nowhere else to put them."

Heise opened up her yard to a number of dogs pulled from a fire.

"I knew she had a lot but not this many. I know she supposedly rescues them," Heise added.

Port Orange firefighters were called out to the home around 8:15 a.,m. on Wednesday. Soon after, animal services arrived to help pull dogs from the home as the house continued to smolder.

In total 31 dogs and one cat were safely removed from the home. Another five animals did not make it out.

Those in the area were surprised by the entire ordeal.

"They had everything closed off and locked up over," said Boyden. "Music was always playing. I never heard anything."

The homeowner escaped the home unharmed. Two of her dogs were transported to an animal hospital for treatment from the fire.

"I gave them treats," said Heise. "I want them to have something you know. It’s not their fault that this all happened."

Volusia County Animal Services is assisting with the animals.