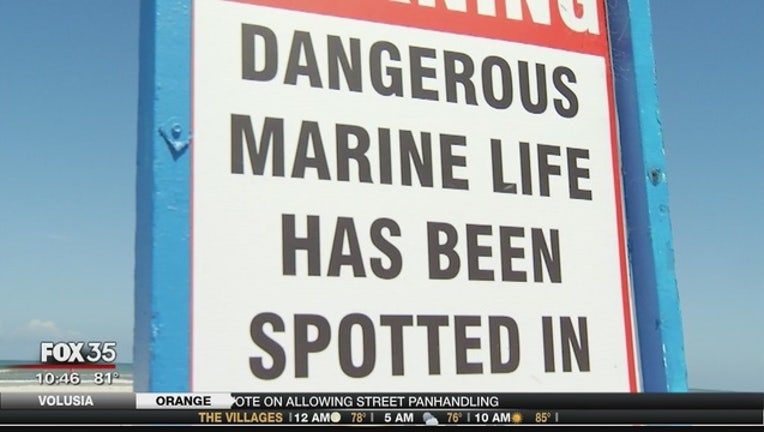 STUART, Fla. (AP) - A 3-year-old girl is recovering after being bit by a shark at a Florida beach.

Veatch says Violet Jalil was playing just a few feet away when she heard the girl scream and saw blood in the water. Veatch lifted the girl and saw a chunk missing from her leg above the knee.

The girl was rushed to a West Palm Beach hospital, where the doctor who operated told Veatch that it appeared Violet had been bitten by a 5- to 6-foot-long bull shark.

Veatch says her daughter is expected to remain hospitalized for five weeks.