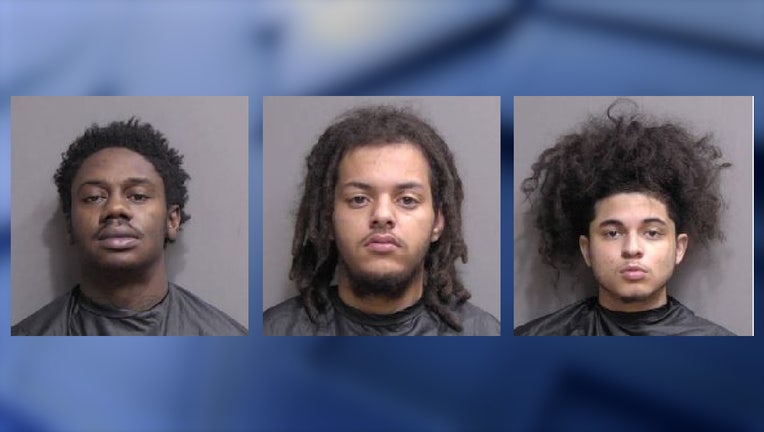 Deputies said they were alerted to a car with a stolen license plate that had been reported out of Osceola County on Dec. 17. The car was traveling on Palm Coast Parkway when deputies utilized stop sticks on the car, hitting two tires that began to deflate.

The car reportedly fled eastbound towards I-95 at a high rate of speed until it became disabled on I-95. The three men were taken into custody.

A second stolen tag from New York was found inside the car and had been reported stolen from Palm Beach County on Dec. 1, deputies said. Thirteen catalytic converters were found in the trunk of the car along with tools used to steal catalytic converters such as sawzalls, saw blades, and ski masks.

The other two passengers, 25-year-old Franko Louis of Miami and 19-year-old Michael Antunez of Miami were arrested on several charges as well.