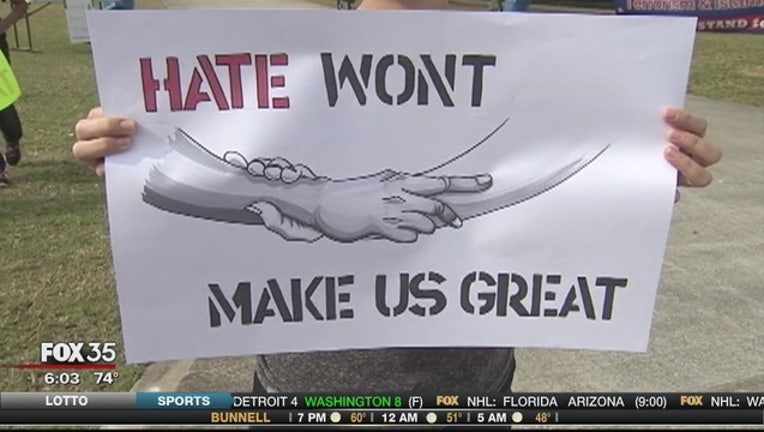 PHILADELPHIA (AP) - Police say a fight broke out between protesters after marches for and against President Donald Trump, leading to three arrests in Philadelphia.

Police say a group of Trump supporters tried to enter a bar in the city after the march when they were confronted by anti-Trump demonstrators. A fight broke out, during which a pro-Trump protester and a police officer were assaulted.