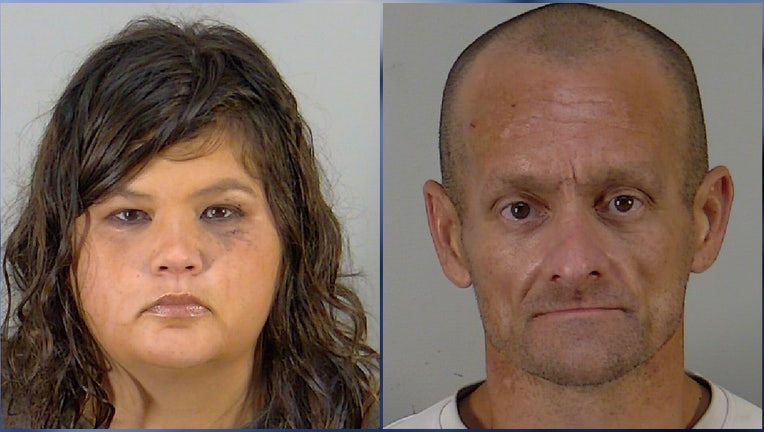 DELAND, Fla. - Three people are facing manslaughter charges in the death of a 4-month-old infant who died of a drug overdose in Lake County back in May, deputies said Tuesday.

On May, 19, the Lake County Sheriff's Office said its deputies responded to a home on Dogwood Avenue in DeLand around 9:30 a.m. regarding an unresponsive baby boy, later identified as Logan Bixler. He was taken to a local hospital where he died.

Detectives began an investigation and found methamphetamine inside the home, authorities said. On Sept. 9, Lake County deputies received the child's autopsy results from the medical examiner which revealed meth was present in Logan's system.

Officials said the results indicated the boy's death was sudden after ingestion, likely by consuming or inhaling the drug and his cause of death was determined to be an accidental overdose of meth.

Following several interviews during the investigation into the child's death, detectives learned the child's mother, 25-year-old Jaden Colwell, reportedly invited "two drug users" – identified as Robert Lee Walters, 42, and Corey Albert Mincey, 40, – into her home and "allowed them to smoke meth in her living room on the night of the incident," – the same room Logan was sleeping in, the sheriff's office said in a news release.

Warrants for manslaughter in the child's death were issued for both Walters and Mincey. Mincey was arrested Tuesday afternoon, while Walters remains on the run and is believed to be in the Highland Lakes area of eastern Lake County.

Deputies said Colwell will be charged through the State Attorney’s Office for aggravated manslaughter of a child. She is currently in jail on a separate drug case.

According to deputies, in July, a man named Craig McDuffie died of a fentanyl overdose. Detectives said an investigation revealed Colwell was the one who sold McDuffie the narcotics that led to his overdose.

She was arrested on a charge of death caused by unlawful distribution of fentanyl in connection to McDuffie's death.