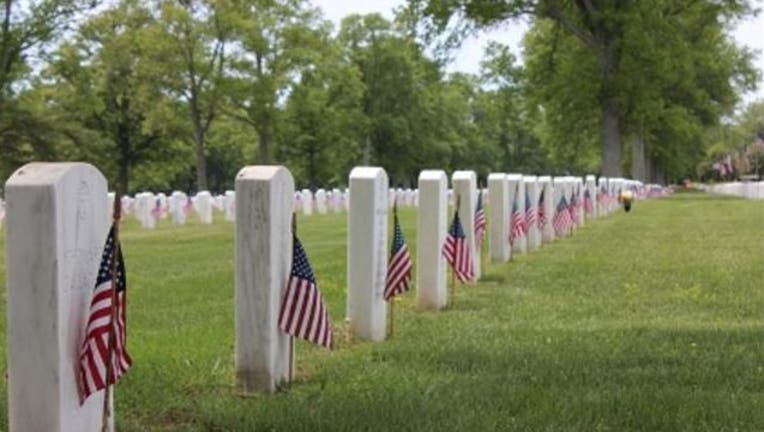 FOX NEWS - Twenty-one American flags were stolen from veterans' graves at a South Carolina cemetery on the Fourth of July and burned by vandals, police said.

Employees of Forest Lawn Cemetery in Anderson arrived to work on July 5 to discover the charred remains of flags that had been stolen from the Veteran's Mausoleum, according to a post from the funeral home's Facebook page.

"On the night of July the 4th, someone pulled up 21 American Flags that lined the roadway to our Veteran's Mausoleum and had the nerve to burn them, yes burn them, on the lawn right in front of where our Veteran's and their families rest in peace," the post read.

The 21 burned flags were among at least 30 that had been placed in an area of the cemetery where veterans are buried, WSPA reported.  Funeral home owner Douglas McDougald said the symbolism hurts worse than the act itself.

"We can replace the flags, it's just the hurt of those families who have had people buried there and to find they had burned 21 flags, it really disappoints you," he said.

Authorities in Anderson County have opened an investigation. Anyone with information is asked to call Crimestoppers at 1-888-274-6372.