Two workers were injured while working on a construction site for the Virgin Trains project near S.R 528.

ORLANDO, Fla. - The Orlando Fire Department confirmed that two people were seriously injured at a construction site on Thursday as they trapped underneath a roadway.

They said that incident occurred around 11:15 a.m. at a construction site near an airport access road and the 528.

An overflow drain that began to flow water reportedly swept the workers, trapping them underneath the roadway.

Orlando Fire rescued the workers and they were transported with serious injuries. 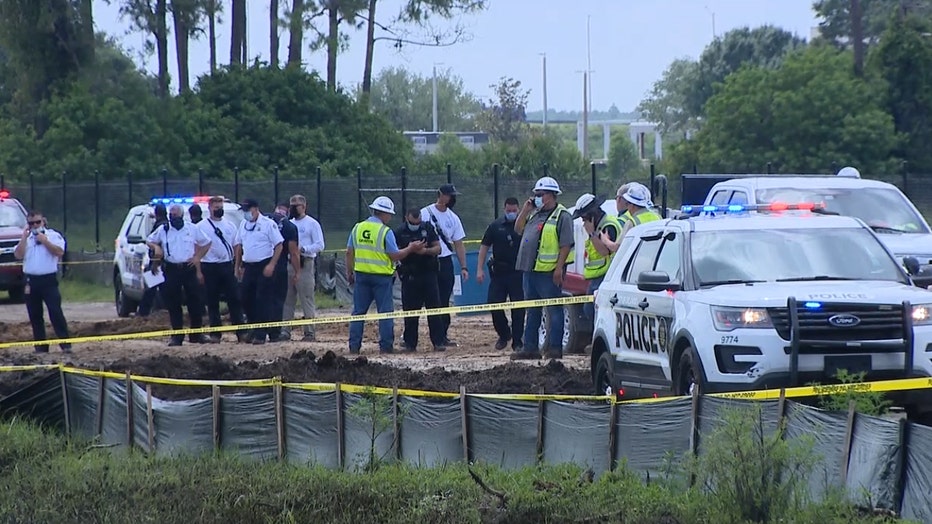 The construction company behind the site, Granite Construction, confirmed to FOX 35 Orlando that the injured workers were working on the Virgin Trains project.