The FOX 35 Storm Team is monitoring some tropical disturbances in the Atlantic Ocean. One system could become a named storm by the weekend but it does not appear to pose an immediate threat to Florida.

ORLANDO, Fla. - The National Hurricane Center is tracking two tropical waves in the Atlantic, both of which could develop into tropical depressions over the next few days.

The first is a broad and elongated area of low pressure located east of the Lesser Antilles. Forecasters say some gradual development of this system is expected over the next several days and a tropical depression is likely to form later this week. As of Tuesday morning, the system has an 80-percent chance of developing over the next five days, but is not expected to be a threat to Florida. 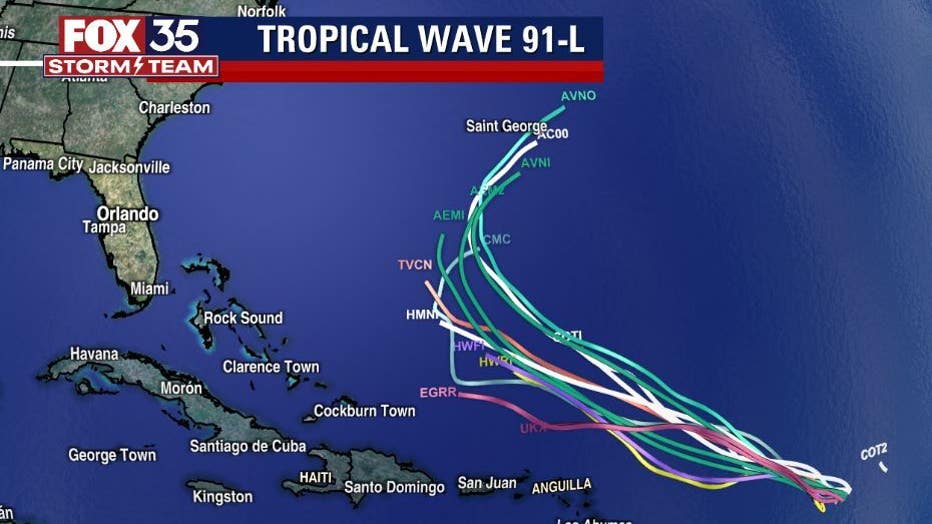 The second system being monitored is a tropical wave located just off the west coast of Africa. 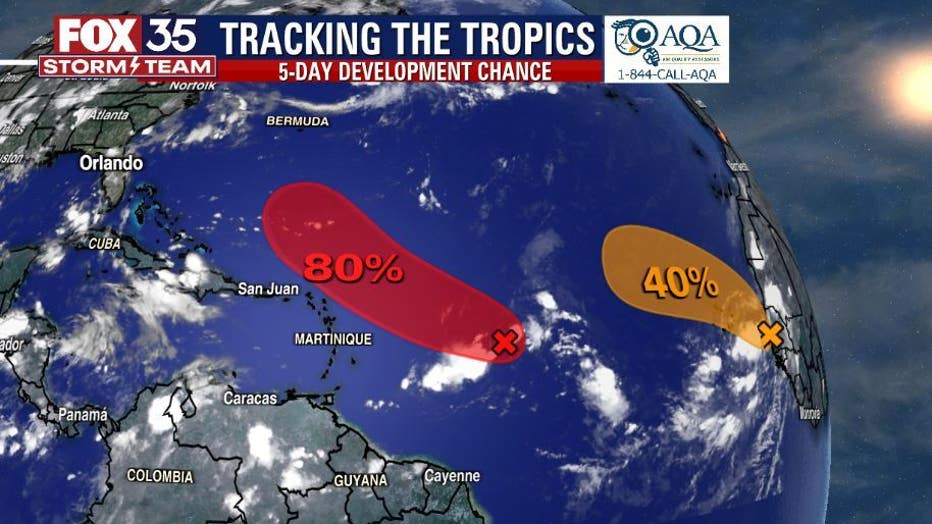 By late this week, the disturbance is forecast to move over cooler waters and further development is not likely after that time.  It currently has a 40-percent chance of development over the next five days.

So far, this hurricane season has only seen three named storms develop. The next one on the list is Danielle.

Be sure to stay with the FOX 35 Storm Team throughout the 2022 hurricane season.