SEFFNER, Fla. - Two people have been seriously injured after a home exploded in Seffner Thursday afternoon.

Hillsborough County Fire Rescue responded to an emergency call just before 4:30 p.m. at a home near King Charles Circle and King Richard Court. The view from SkyFOX showed severe damage to the home and at least one vehicle in the garage.

A man and woman in Hillsborough County had to be hospitalized for serious injures they sustained in an explosion at a house in Seffner Thursday.

The blast happened just after 4 p.m. It was still not clear Thursday night what caused the explosion. Neighbors said it was so powerful their homes shook.

Witnesses say they heard the loud boom then saw a thick plume of smoke. Several of them rushed to help or call 911. That’s when neighbors realized people were inside. 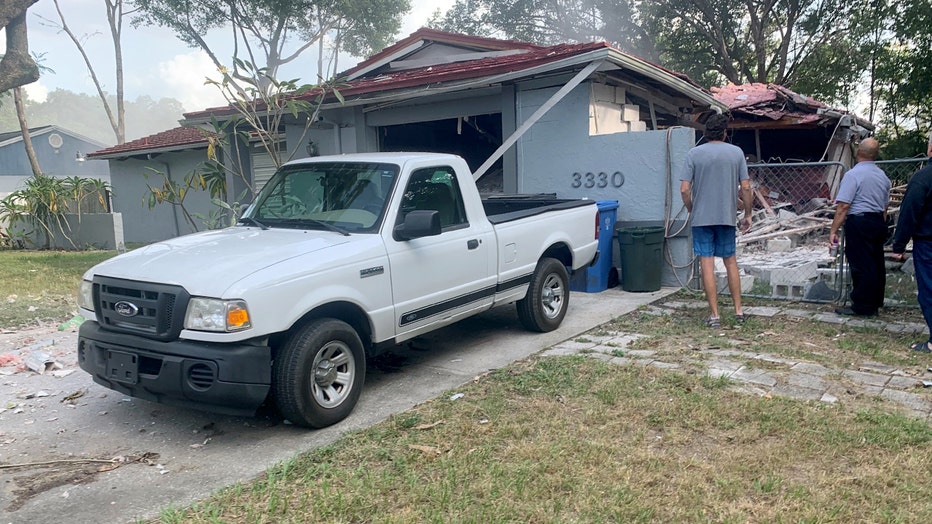 "What I remember is the lady yelling and she's still underneath the debris. And thank God our neighbors, some of our neighbors join in trying to help, trying to get her out," Bristow said.

Half the home was reduced to rubble, with the garage door blown all the way across the street. 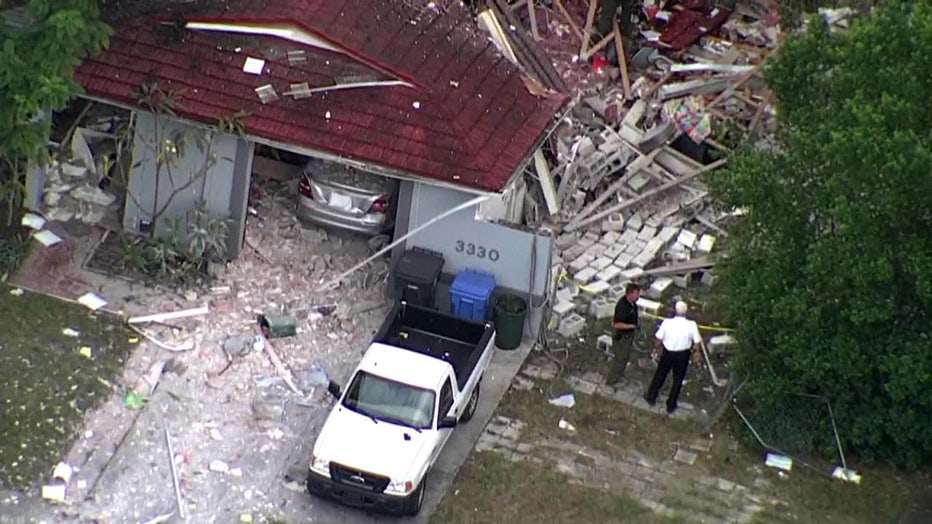 Bristow said some good Samaritans along with a sheriff’s deputy pulled the woman and a man from the wreckage.

"She was just hysterical and really panicking. The gentleman, however, looked like to me he sustained more injuries because he was covered in blood. And he was kind of dazed a little bit," Bristow recalled. "The house can be replaced, but lives cannot. So thank God and I pray that they'll be OK." 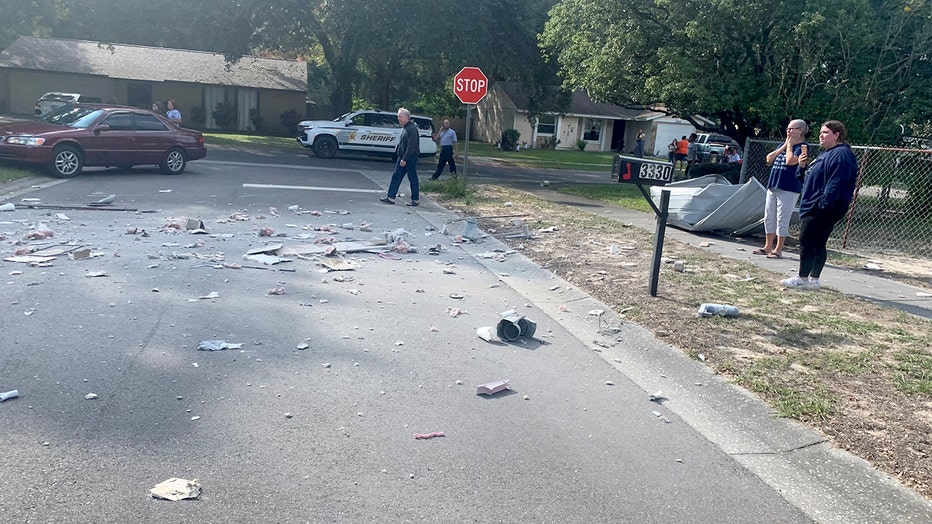 First responders rushed the pair to a hospital then began combing the scene to figure out what caused the detonation.

Neighbors said they never saw any fire, just the explosion. Hillsborough County Fire Rescue, the sheriff’s office and ATF are all assisting in the investigation. 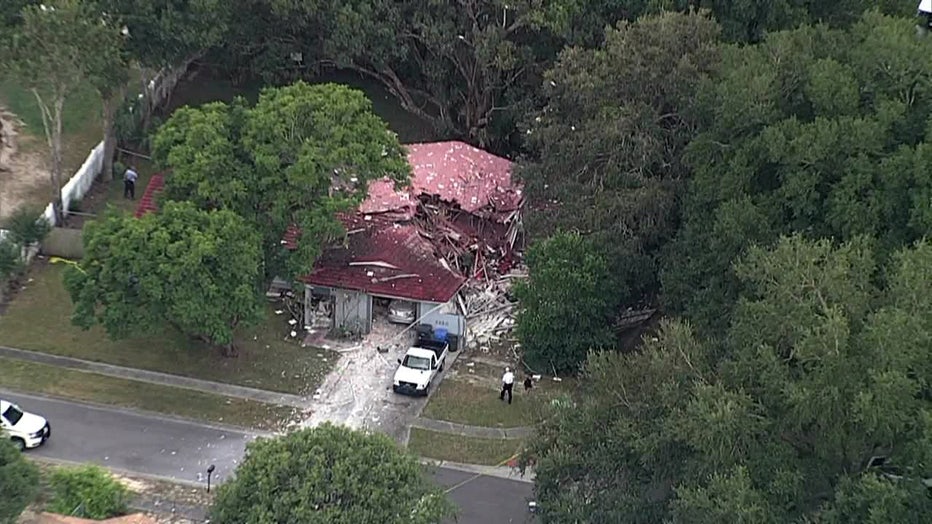 "I don't know what caused the explosion, but I do know there's no gas in this neighborhood," Bristow added.

Officials said they would be back Friday morning to resume the investigation. 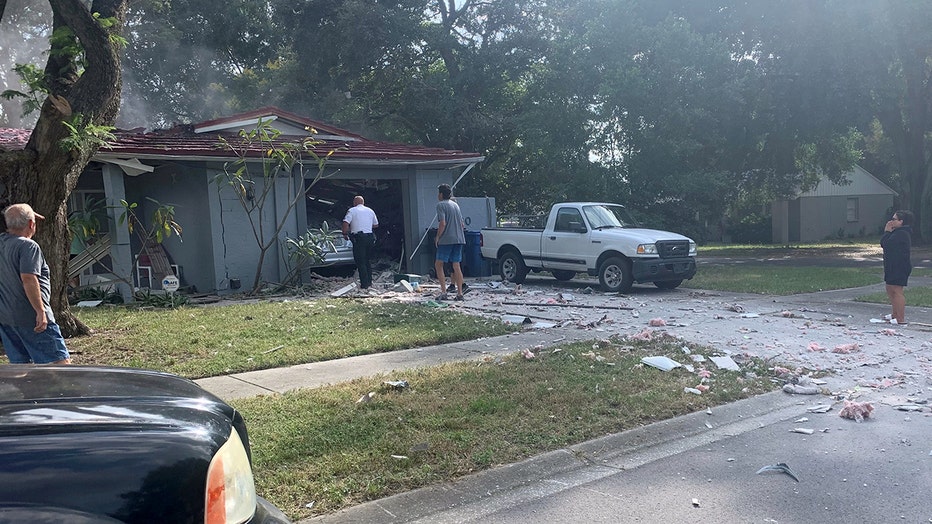 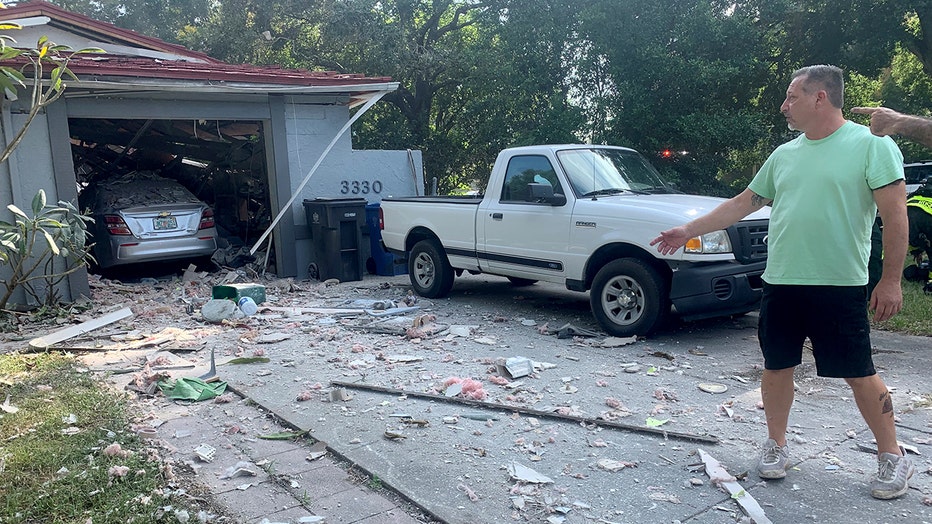