Two people were struck by lightning and taken to hospitals in Volusia County on Tuesday afternoon after strong storms moved through the area, according to emergency officials. One of the injured was a landscaper.

LAKE MARY, Fla. - Editor's Note: Officials originally stated two people had been struck by lightning Tuesday afternoon when storms moved through Central Florida. Further clarification Wednesday reveals the man outside the AutoZone store was injured by the shock waves of lightning that struck near him. He was not hit by the bolt itself.

Two people affected by lightning were taken to hospitals in Volusia County on Tuesday afternoon after strong storms moved through the area, according to emergency officials.

A man was struck while he was reportedly mowing a lawn in the Tymber Trace neighborhood in New Smyrna Beach, an official said. That man did not have a pulse and was not breathing.

"I went over, looked by the tree, and he was face down," explained Ed Williams, a neighbor who attempted CPR. "He was obviously struck by lightning. You could see where it was in his head, and his pants were shredded.

That’s when Williams, who is a veteran of the U.S. Air Force, jumped into action. "I checked his pulse, checked his breathing, yelled at someone who had a phone to call 911."

Neighbor Mary Baluta said she had already called after seeing a burning tree. "I saw the tree on fire, that’s why I called 911."

After all his years of service, Williams said this was the very first time he had to use his training. "All the time I spent in the military just kicked in!" 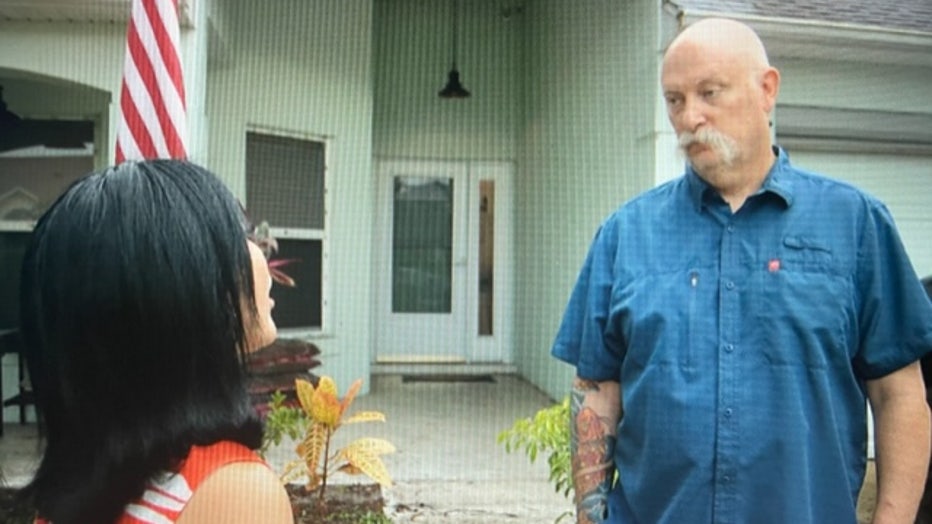 Veteran Ed Williams said he used training he learned in the United States Air Force to assist a man who was struck by lightning in New Smyrna Beach, Florida on July 19, 2022.

When first responders arrived at the home, they were able to get a pulse. He was transported in critical condition to Halifax Medical Center.

The shock waves of lightning that struck near a 66-year-man outside an AutoZone store on State Road 44 knocked him down, about a mile south of where the man mowing his lawn was struck by lightning. That person was identified as an employee at the store.  He was taken to AdventHealth New Smyrna Beach and treated for minor injuries.

Lightning safety 101: 6 facts about lightning you may not have known