Suspect charged in murders of elderly brother and sister

Los Angeles County Sheriff's officials said a 22-year-old man was charged in the murders of an elderly brother and sister in Altadena.

LOS ANGELES COUNTY, Calif. - A 22-year-old man has been charged with two counts of murder after a brother and sister were found stabbed to death at an Altadena home on Monday afternoon, officials said. Their deaths come as a person witnessed a woman get kidnapped during a Zoom call.

The Los Angeles County Sheriff's Department responded to a call in the 3100 block of North Marengo Avenue a little before 3 p.m. on March 22. According to FOX 11's Bill Melugin, the person who called 911 had just witnessed an assailant kidnap a woman during a video chat. By the time LASD arrived, a man was found dead in a driveway and the woman was found dead inside the home. 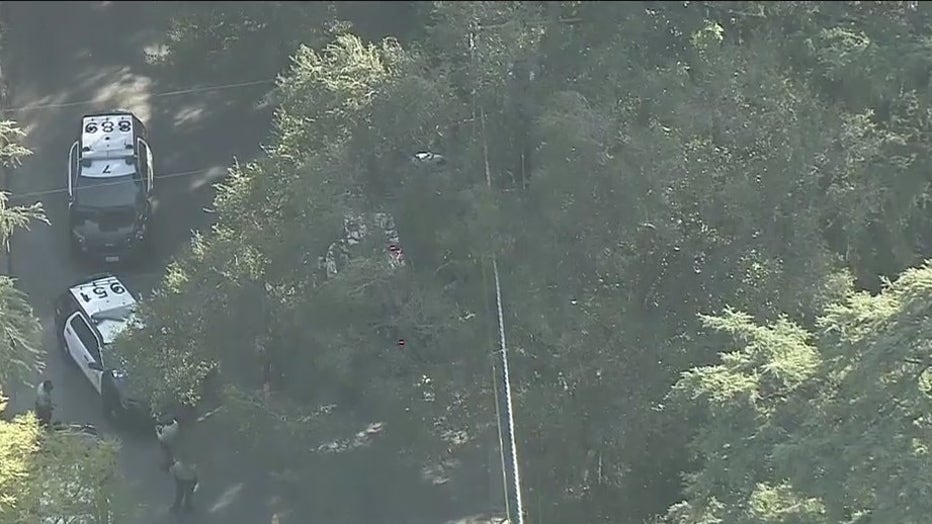 According to Melugin, the 911 caller heard a commotion in the background of the Zoom call, which appeared to be a man being dragged out of the home and being stabbed. The suspect then came inside the home and then tried to kidnap the woman before stabbing her to death.

Later in the investigation, LA County sheriff's officials revealed 22-year-old Robert Cotton was charged when he returned to the scene in the victims' car and reportedly told investigators he lived inside the home.

"Multiple people are destroyed by this…their lives will never be the same and I don’t understand why so much violence…why so much? It’s got to end," neighbor Darlene Thomas told FOX 11.

Officials have not released the identities of the deceased siblings.