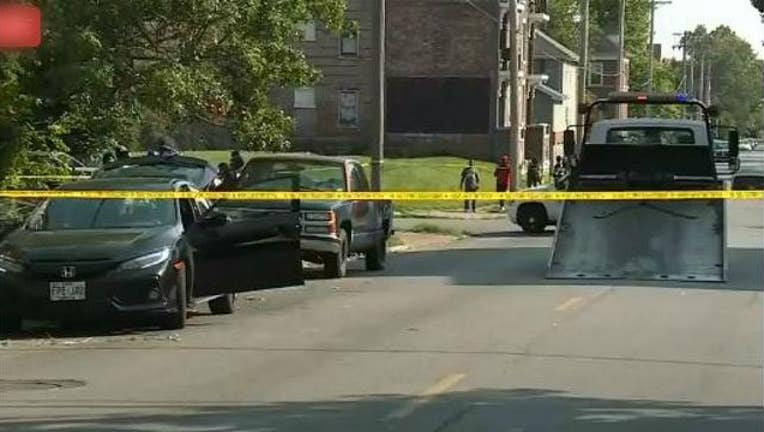 ST. LOUIS (AP) - Two St. Louis police officers are hospitalized in stable condition but expected to recover after a shooting near downtown.

Both officers - a 35-year-old man and a 32-year-old woman - are being treated at a hospital for gunshot wounds to their legs and hands, and facial wounds caused by shrapnel.

The officers are part of the department's unit that investigates gang crime. Around 1:45 p.m. Friday they saw a person they wanted to speak with. But O'Toole says the suspect fired at the officers with a high-caliber assault weapon before they could get out of their car.

O'Toole and Mayor Lyda Krewson were joined by several dozen officers at the hospital. Krewson called the officers' actions "courageous."