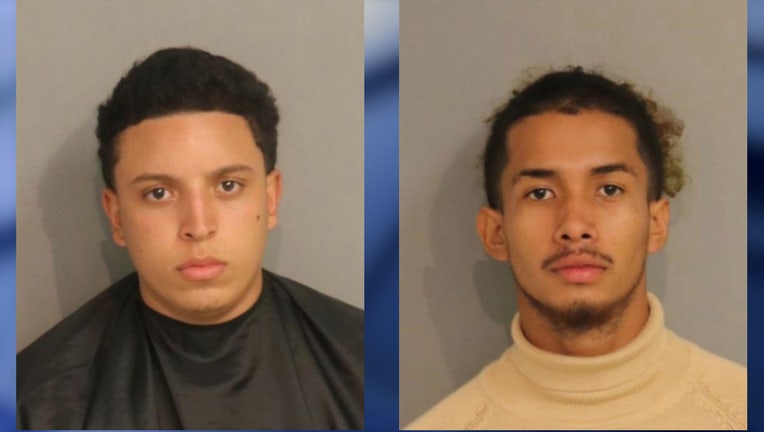 OSCEOLA, Fla. - Two men have been arrested after they allegedly stole a necklace from a Kay Jewelers store in Osceola County.

Deputies said Luis Chavez Madrid and Eli Aldana Rodriguez went to Kay Jewelers and one of the men asked to see a necklace. He then grabbed the necklace and allegedly took off running.

The duo took off in a getaway car towards Orange County, according to deputies.

Detectives were able to identify the two men and arrest them.

Both men were booked into the Osceola County Jail.