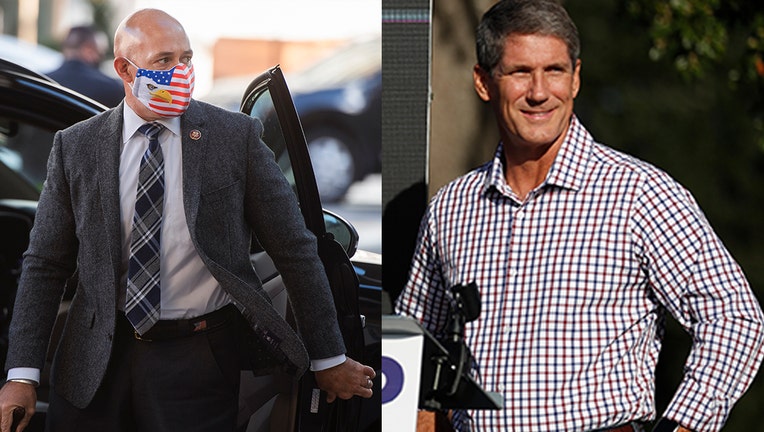 Two Republican U.S. House members from Florida say they will join several other GOP members in rejecting the certification of Joe Biden's presidential win on Wednesday.

Eleven Republican senators have said that they will not be voting during Wednesday's congressional tally of Electoral College votes, the last front in President Trump’s attempts to overturn President-elect Joe Biden’s victory in the November election.

They vowed to reject the Electoral College tallies unless Congress launches a commission to immediately conduct an audit of the election results.

Rep. Brian Mast, R-Fort Pierce, announced on Sunday that he will join them, as he plans to also oppose certifying the Presidential election results on January 6th.

"Nancy Pelosi abused taxpayer dollars to lead a sham impeachment investigation against President Trump solely for the purpose of delegitimizing the President.  Now, millions of Americans have important questions about voter fraud, but Congress refuses to conduct an investigation," he wrote on Twitter. "It’s clear that Congress only intends to act when it will hurt President Trump, and I will not go along with this farce. Therefore, in the absence of a Congressional investigation into fraud in the 2020 Presidential election, I will oppose certifying the results."

"Following the election, there has been a lack of transparency in counting votes in several states that merit closer scrutiny," he reportedly said in a statement. "For that reason, I will join my Republican colleagues in challenging the results of the 2020 presidential election to ensure that there is a fair election process that counts every legally casted vote."

Meanwhile, two other prominent Florida Senators -- Marco Rubio and Rick Scott -- are staying tight-lipped on how they will vote Wednesday when Congress is set to certify the results of the 2020 presidential election.

It’s unclear the extent to which GOP leaders in Congress will be able to control Wednesday’s joint session, which could drag into the night, though the challenges to the election are all but certain to fail. President Trump himself is whipping up crowds for a Wednesday rally near the White House.

Vice President Mike Pence, who is under pressure to tip the results for Trump, will be closely watched as he presides in a ceremonial role over Wednesday’s joint session.

"I promise you this: On Wednesday, we’ll have our day in Congress," Pence said while himself campaigning in Georgia ahead of Tuesday’s runoff elections that will determine control of the Senate.

Trump said in Georgia: "I hope that our great vice president comes through for us. He’s a great guy. Of course, if he doesn’t come through, I won’t like him quite as much." He added, "No, Mike is a great guy."

The challenge to the presidential election is on a scale unseen since the aftermath of the Civil War, though the typically routine process of confirming Electoral College votes has been hit with brief objections before. In 2017, several House Democrats challenged Trump’s win, but Biden, who presided at the time as the vice president, swiftly dismissed them to assert Trump’s victory.

States run their own elections, and Congress has been loath to interfere.

"The 2020 election is over," said a statement Sunday from a bipartisan group of 10 senators, including Republicans Susan Collins of Maine, Lisa Murkowski of Alaska, Bill Cassidy of Louisiana and Mitt Romney of Utah.

A range of Republican officials — including Gov. Larry Hogan of Maryland; Rep. Liz Cheney of Wyoming, the third-ranking House GOP leader; and former House Speaker Paul Ryan — have criticized the GOP efforts to overturn the election.