The Federal Aviation Administration reports that two people were traveling in a small plane that crashed into Lake Weir in Marion County early Monday afternoon.

The Marion County Sheriff's Office said that a small plane crash happened on Lake Weir on Monday. A single-engine Pitts Model 12 crashed into the lake around 1:34 p.m.

Two people were said to be traveling on the plane. The pilot of the plane was pulled from the water after witnesses said he jumped from the falling plane, deputies said.

He was identified by the Sheriff's Office as 64-year-old Joseph Hutton.

"We seen what looked like a guy jumping out of a plane," said boater Josh Hires. 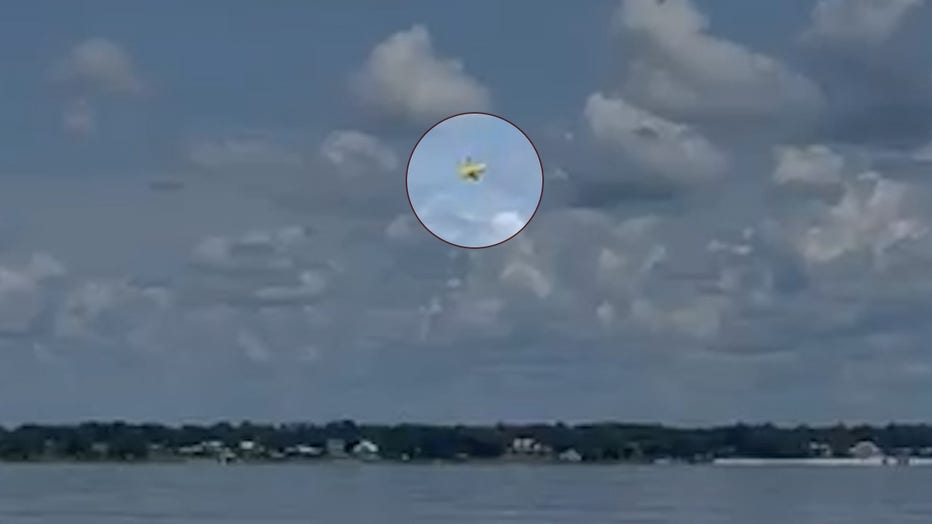 "His parachute wasn't deployed," added Mandy Hires.  "We went over to the site, we looked around for him maybe hoping we could save him, and then we saw him, saw a parachute and pulled over to it and it was him."

On Tuesday, the Marion County Sheriff's Office said that they also pulled a second deceased victim,  72-year-old Scott Bingham, from inside the wreckage.