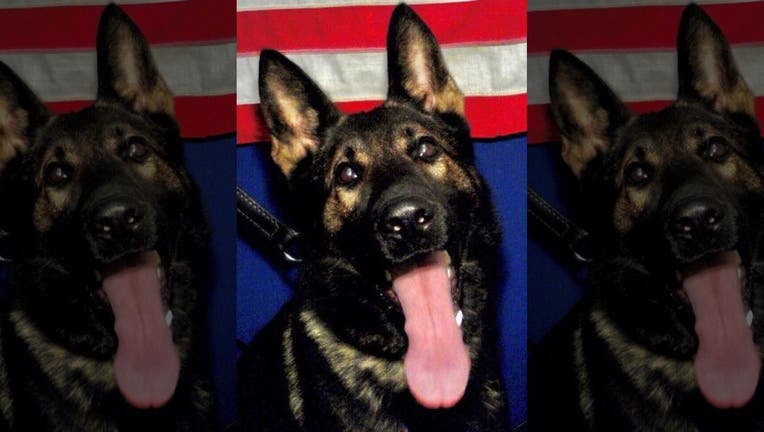 JACKSONVILLE, Fla. - A 19-year-old man who fatally shot a Jacksonville Sheriff’s Office K-9 named Fang two years ago faces up to 35 years in prison when a judge sentences him next week.

Paskel offered an apology, saying he was standing before the court “as a man ready to take responsibility” for mistakes he made as a child.

“I would like to offer my apologies and condolences to Officer Herrera for not only the killing of his K-9 partner Fang, but his best friend,” Paskel said. “I want to apologize to the victims for scaring them that night. And I owe my mother the biggest apology for letting her down.”

Paskel pleaded guilty in December to killing the police dog named Fang, along with possession of a gun by a juvenile delinquent and aggravated fleeing, according to court records show. He also pleaded guilty to charges of the armed robbery and kidnapping of two women that preceded a high-speed chase and the dog’s death.

Officer Matt Herrera described a 120-mph chase down Interstate 10 and how he released the dog to stop Paskel when the young man ran away. Herrera said he heard his 3-year-old dog yelp after the first shot, before seeing Fang lifeless with head and chest wounds.

“He’s still a member of my family and it wasn’t just sad for me” or the department, the officer said. “It was my wife, kids and parents ... to go back and see that empty kennel in the backyard and know that there is no dog there, and to see the bloodstains in the truck that I had to clean up after he was killed.”

Paskel’s mother told the judge about her son’s learning disabilities, drug problems and her continuing efforts to help him.

Paskel’s defense attorney argued for a 15-year sentence with probation to follow. But the plea agreement could give him 30 years for the robbery and kidnapping, and another five for the dog’s death. The agreement allows a court review at 20 years if Paskel has exhibited good behavior.

The judge said he will sentence Paskel on Oct. 28.