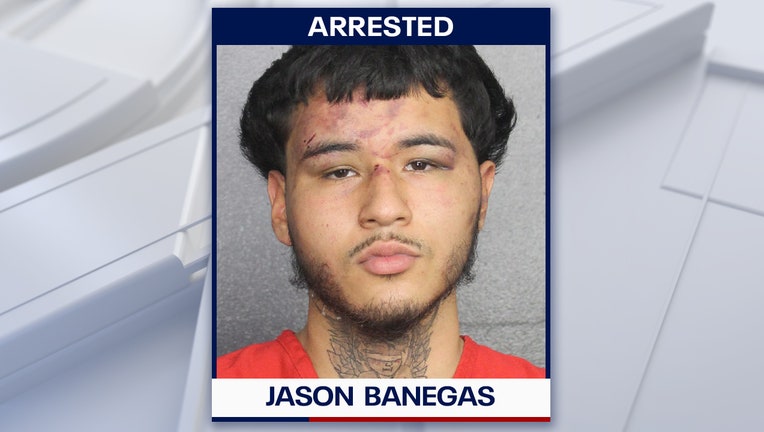 FORT LAUDERDALE, Fla. - A judge on Tuesday morning ordered an 18-year-old man to be held without bond in the fatal shooting of a South Florida police officer.

Judge Tabitha Blackmon also ordered Jason Banegas to undergo a mental health screening at the request of his public defender. Banegas, who had been released on juvenile probation a few weeks ago, kept his head down during much of his first appearance hearing on Tuesday.

Banegas is accused of shooting Hollywood police Officer Yandy Chirino, 28, in the face on Sunday night during an altercation that followed a suspicious incident call in a neighborhood near the Emerald Hills Country Club, Hollywood police Chief Chris O’Brien said. 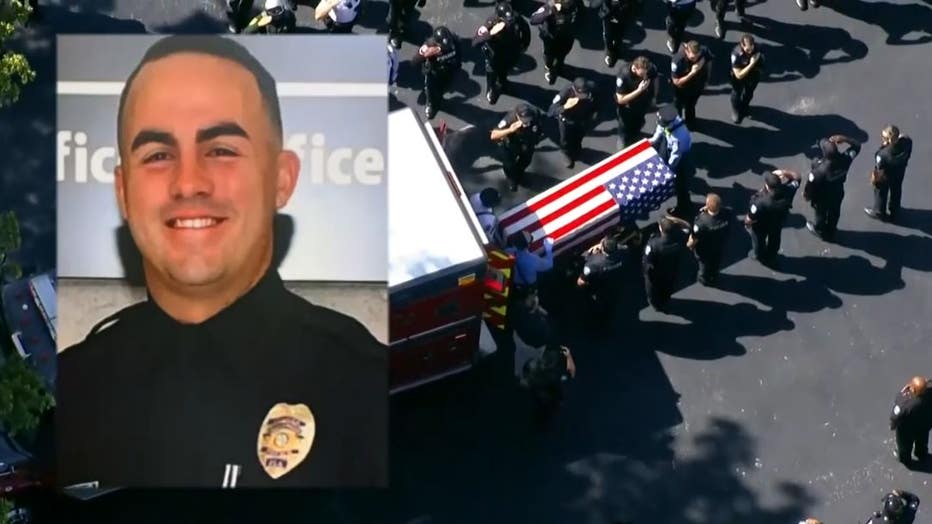 Chirino was taken to a nearby hospital, where he later died. Banegas was detained at the scene and taken into custody that night, O'Brien said.

Court records show that Banegas had been released from the Miami-Dade County jail last month, and faced burglary, trespassing and possession of cocaine charges. He is currently being held in the Broward County Jail on multiple charges including premeditated felony murder, resisting an officer with violence, armed burglary and grand theft of a firearm.

Officers were called to the neighborhood after residents spotted a young man riding a bike and checking door handles of vehicles in driveways on Sunday night.

Chirino had been with the department for four years and was named officer of the month in June 2020.

"He was a great officer and will have a lasting impact on our community," the police chief said during a Monday news conference, adding that Chirino "gave his life honorably and without hesitation."