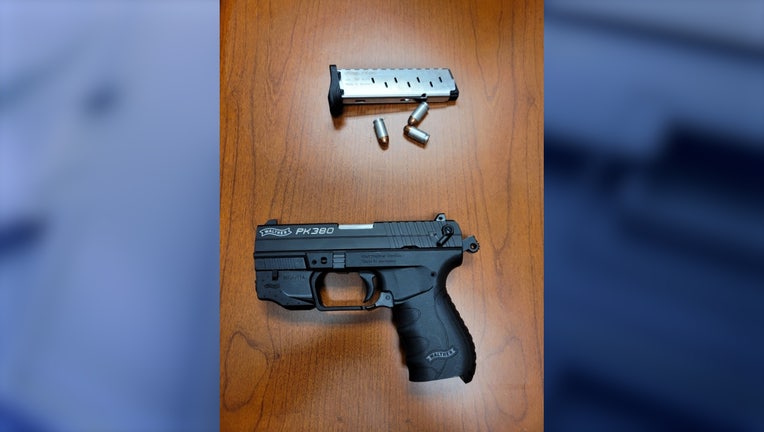 WINTER PARK, Fla. - A 15-year-old Winter Park student was arrested Wednesday after someone reported that a student had a gun on the school's campus, police said.

The Winter Park Police Department said they received the tip Wednesday morning with several police officers responding to the school following the report.

School resource officers along with police were able to find the student and place him into custody at the Winter Park 9th Grade Center.

Police said they found a handgun along with a magazine containing three bullets in his backpack.

The school's lockdown was also lifted following the incident.

Police encourage students who witness any concerning activities to report their observations at Fortify Florida.

The student was arrested on one count of possession of a firearm on school property and one count of disruption of a school function.