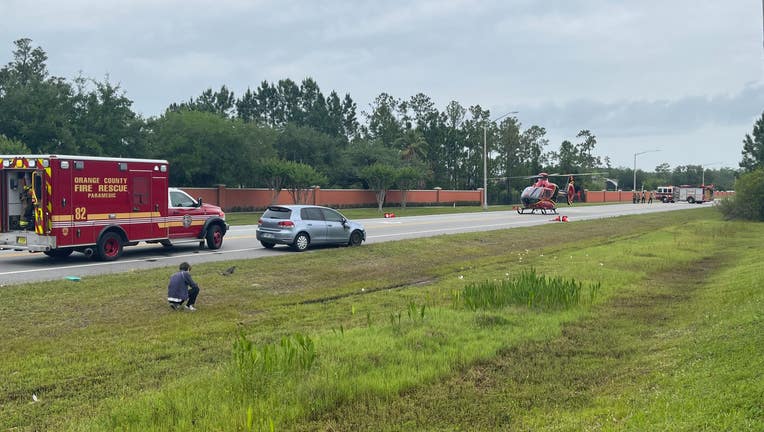 A FOX 35 viewer shared this photo of the scene where troopers say a 14-year-old boy was hit by a car Tuesday morning.

ORANGE COUNTY, Fla. - A 14-year-old is recovering at a local hospital after troopers say he was hit by a car near Corner Lake Middle School Tuesday morning.

A FOX 35 viewer shared photos with us from the crash site on Chuluota Road as crews with Orange County Fire Rescue airlifted the boy to an Orlando hospital.

The teen is awake and is speaking, a spokesperson for the Florida Highway Patrol said.

Troopers are still investigating the cause of the crash.

In a statement, Orange County Public Schools said the student was on their way to school when the crash happened.