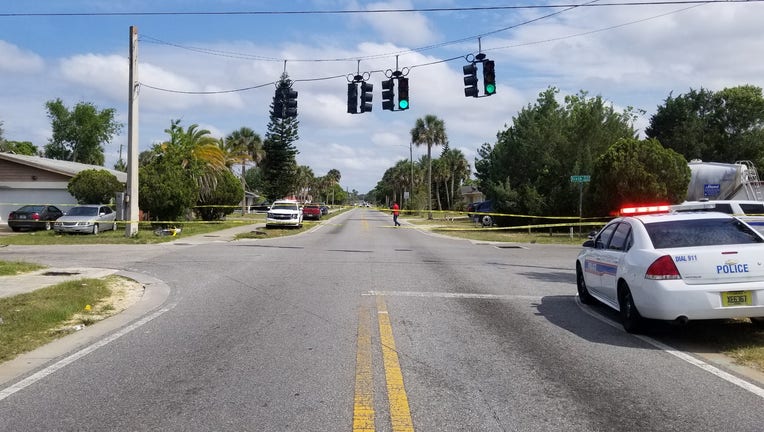 DAYTONA BEACH, Fla. - The Daytona Beach Police Department is investigating a traffic accident involving a stolen dirt bike and the death of a teenager.

Detectives say a 13-year-old was believed to be driving a 2020 Suzuki RMZ 450 as it headed southbound toward the intersection of 6th Street and Derbyshire.

Investigators say the dirt bike was speeding as it traveled on the grassy shoulder east of Derbyshire between the road and sidewalk.

Meanwhile, officials say a 56-year-old woman was driving southbound on Derbyshire when she made a left turn at the intersection.

Detectives say after she turned, she said she saw the teen out of the corner of her eye as it hit her head-on on the driver's side of her car.

The teen was thrown off the bike.

Investigators say the woman stayed at the scene and was allowed to leave after speaking with detectives.

The 13-year-old was taken to the hospital where officials say he died shortly after arriving.

Officials say the Suzuki bike was reported stolen from Daytona Power Sports on March 27 and that the teen was not wearing a helmet at the time of the accident.

No one else was involved in the incident.

The dirt bike was towed from the scene and processed for evidence by the department.