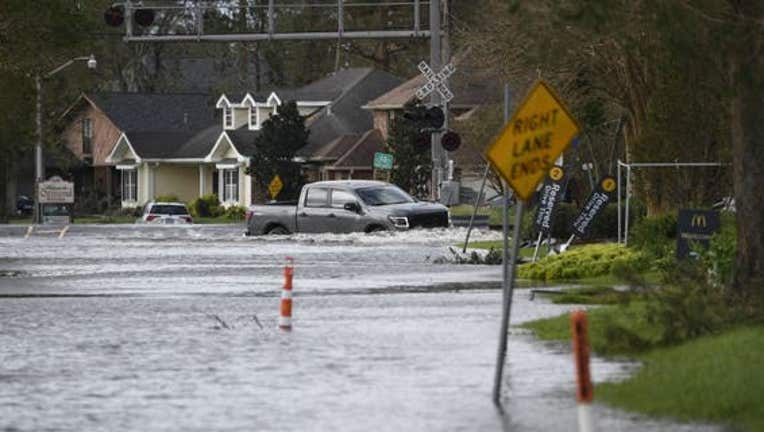 SLIDELL, La. - A large alligator suspected of attacking and killing a 71-year-old man in Louisiana floodwaters following Hurricane Ida has been captured.

The St. Tammany Parish Sheriff's Office posted the update on Monday. They say the U. S. and Louisiana Wildlife and Fisheries agents helped capture a 12-foot long alligator "weighing a startling 504 pounds in the area of Avery Estates."

"It was near the location where Timothy Satterlee Sr. went missing on Monday, August 30, 2021, one day after Hurricane Ida hit South Louisiana, creating destruction across the region," the sheriff's office said.

Agencies have been searching for weeks to find the gator suspected of killing Satterlee. They say they found the gator near where the attack occurred.

They say what appears to be human remains were found in the gator's stomach. They are working to verify that those remains belong to Satterlee.

"This is a horrible tragedy and my sincere condolences and sympathy goes to the Satterlee family. I know today's findings does not bring their loved one back, but hopefully this can bring them some sort of closure," the sheriff said.

Officials say the victim's wife was inside their home when she heard a commotion and went outside to discover a gator attacking her husband. Deputies say she pulled him out of the water and went to find help, but when she returned, her husband was missing.