BRADENTON, Fla. - Troopers say the driver of a Kia will likely face charges after causing a crash that killed a 40-year-old motorcyclist and injured his 8-year-old passenger on Friday afternoon.

Troopers say on Friday around 1:35 p.m., the motorcycle was heading North on U.S 41 near 58th Avenue West.

Troopers said the driver of the Kia went to make a left turn into a plaza, and hit the motorcycle.

"It's horrific. I've never seen anything like it," said witness Colleen Kruse. "It's very heartbreaking to known that somebody didn’t make it." 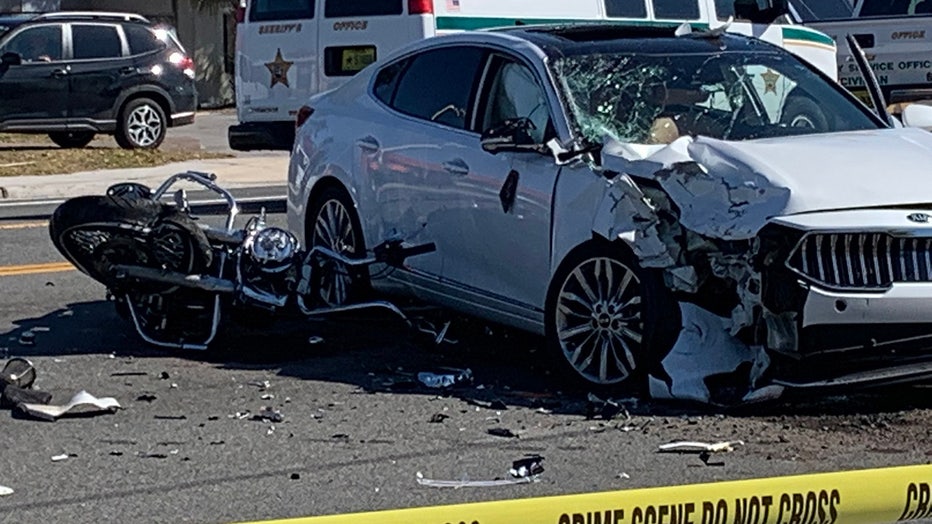 The 8-year-old was flown to All Children's Hospital.

"It is absolutely paramount that we pay attention to our surroundings, that we watch out for these motorcycles. This is the best time of the year to be on a motorcycle because the weather is beautiful. It’s also the worst time of year because we have so many more visitors here in Florida. That means more vehicles on the roadway," said Trooper Ken Watson. 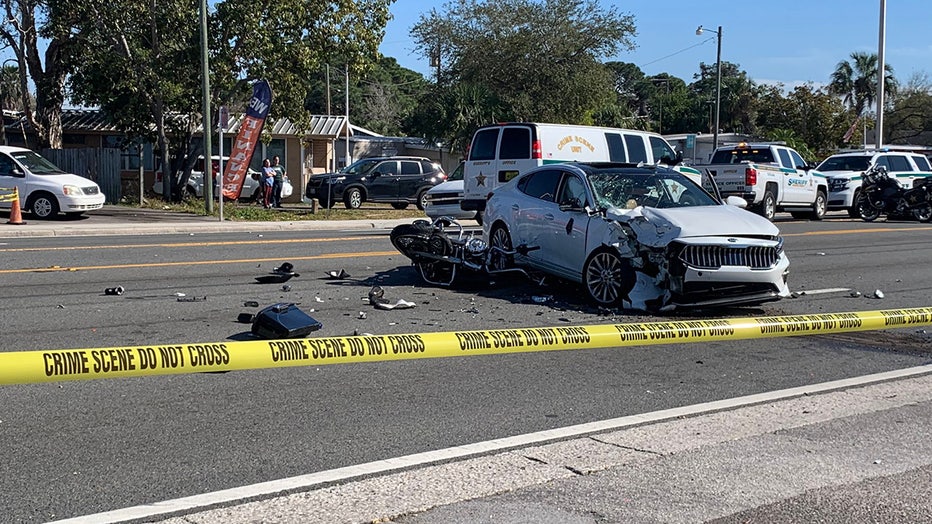 Those who witnessed the crash are left shaken, knowing the pair were just out for a ride and one will never return home.

A previous version of this story reported the child was a 10-year-old female. It has been corrected to reflect the child is an 8-year-old male.