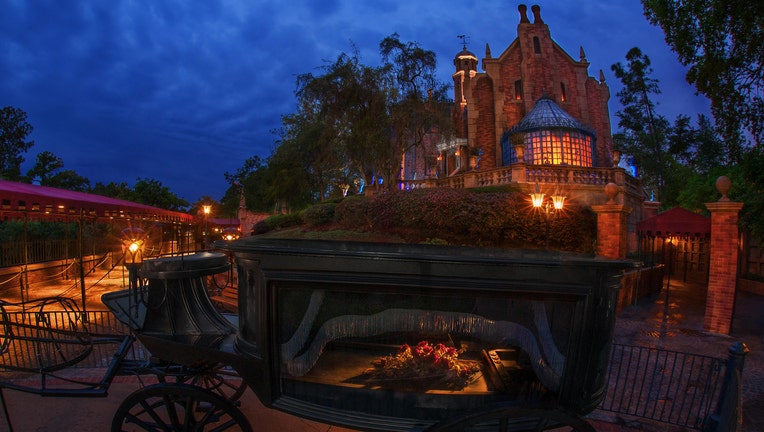 At Haunted Mansion, guests go on a spirited tour as the disembodied voice of the Ghost Host is their private guide through the cadaverous realm of an eerie haunted estate, home to ghosts, ghouls and supernatural surprises. Guests will glide past a ca

ORLANDO, Fla. - It's almost Halloween and that means it's time to get into the spooky spirit. If you're looking for ways to get your scare on, look no further than Central Florida!

From haunted hotel rooms to floating lights, there are plenty of urban legends and haunted spots that are sure to creep you out. 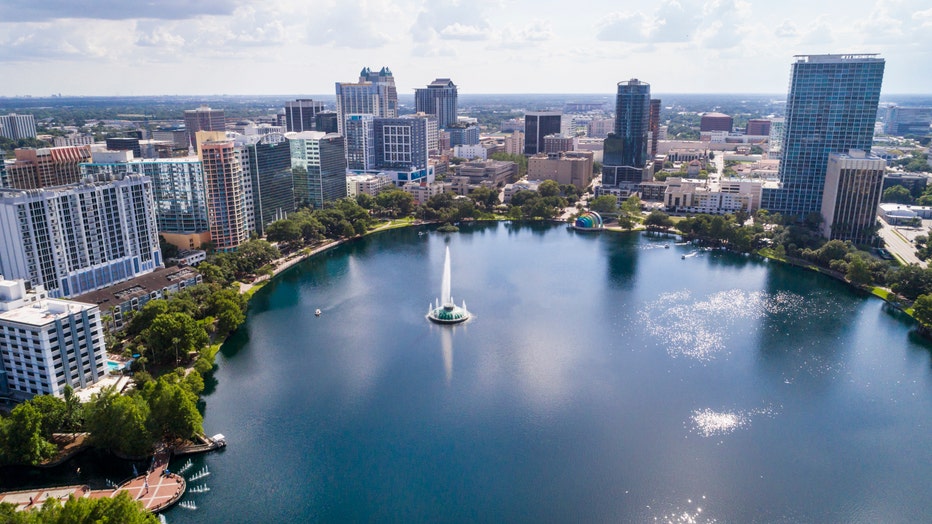 A phantom dog has reportedly been spotted by visitors at Lake Eola in downtown Orlando. But there's no need to panic – legend has it that it's a friendly small brown terrier that frolics along the eastern side of the lake, then disappears. 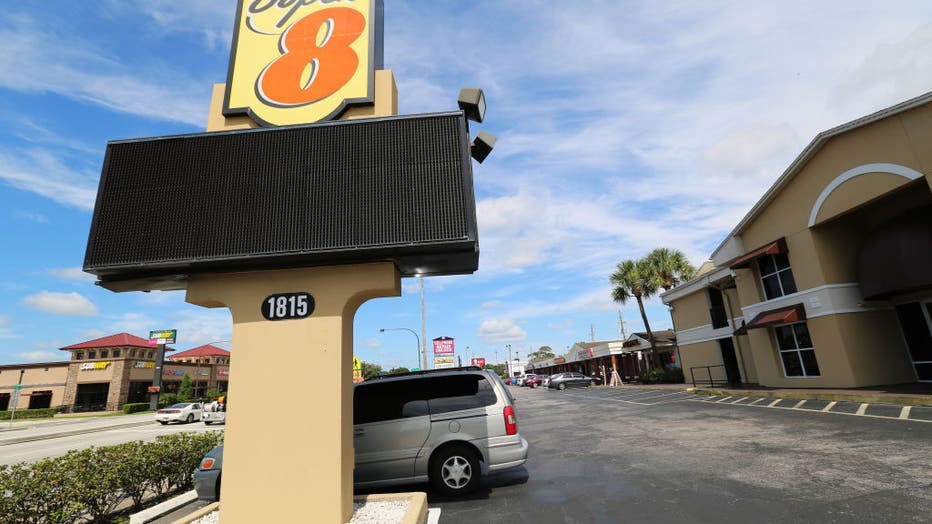 You've seen movies about haunted hotel rooms – well, there's apparently one right here in Orlando! Guests who have stayed in room 206 at the Super 8 Motel on International Drive say they've made the bed only to have a bod-shaped imprint in the sheets! Not only that, but some have reported feeling a body next to them in bed.

If that's not scary enough, some guests say that the room is freezing cold even when the air conditioner isn't running. Ready to book your reservation?

If there's anywhere that you would think ghosts would hang out, it would be a cemetery. At this Orlando cemetery, there have been reports of of people hearing children's laughter as well as music boxes playing – even when no one is around. 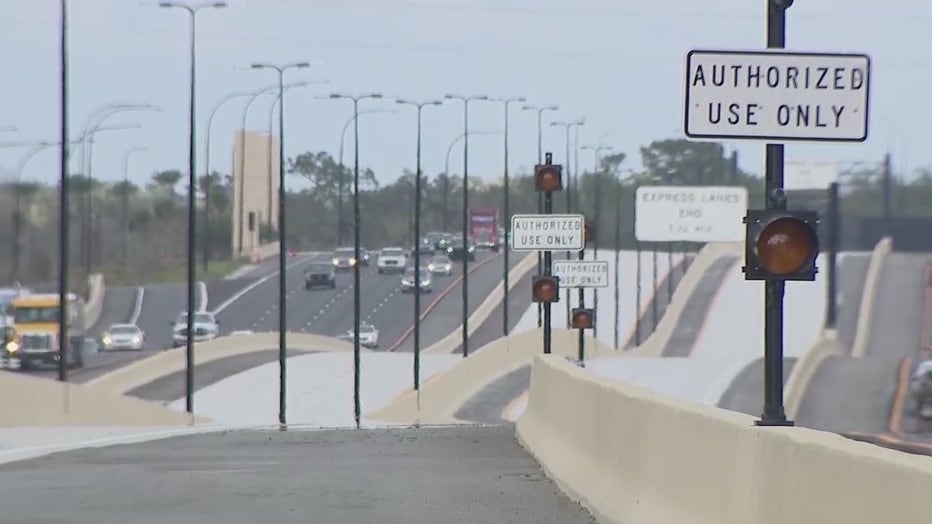 I-4 DEAD ZONE (between Daytona and Orlando)

Between Daytona and Orlando, there is a stretch of Interstate 4 known as "The Dead Zone." That's because unusually high paranormal activity has been reported, along with several car accidents and disastrous weather events.

Legend has it that a family of four German immigrants died of yellow fever in 1886 and their graves are under the highway on approach to the St. Johns River Bridge in Seminole County. Some believe the family is now haunting the stretch of I-4.

What would you do if your car suddenly started to roll uphill on its own? Apparently that's what happens at this famous ‘haunted’ spot in Lake Wales, Florida.

According to VisitCentralFlorida.org, The Hill in Lake Wales is a magnetic hill or "gravity hill" where cars appear to roll up hill when placed in neutral.

If you're brave, a spooky phenomenon to check out is the Oviedo Lights. Glowing orbs have reportedly been spotted suspended mid-air at the bridge crossing over the Econlockhatchee River and some have even claimed to have been chased by them!

THE DEVIL'S CHAIR IN CASSADAGA

According to FloridaHauntedHouses.com, the Devil's Chair – located in the Lake Helen-Cassadaga Cemetery – has some eerie paranormal activity surrounding it.

"Local legend says that if you leave an unopened can of beer on the chair overnight, it will be empty the next morning," the website says. "Some stories say that the can is completely gone or just opened in the morning. The Devil is also rumored to appear to anyone that is bold enough to sit in the chair." 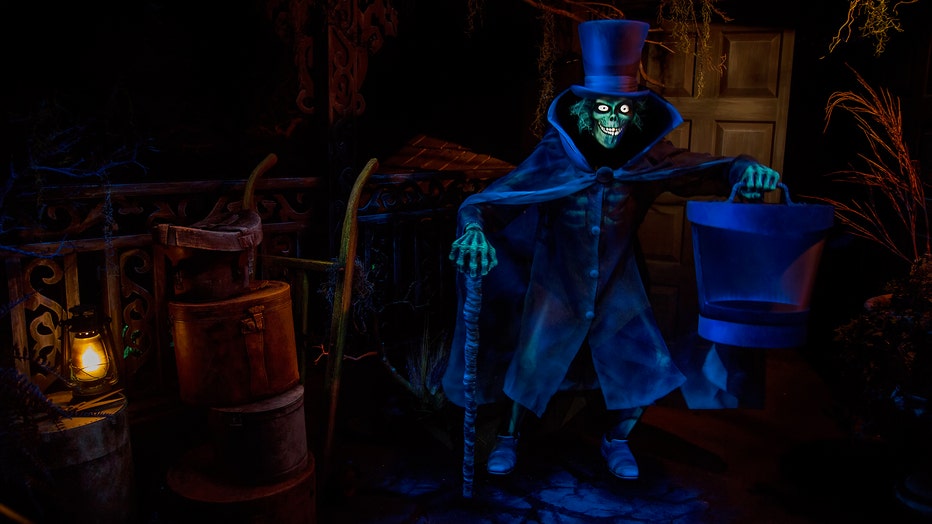 There had been rumors that families like to spread the ashes of their loved ones at the popular Haunted Mansion ride at Disneyland in California and at Disney World's Magic Kingdom. According to the Wall Street Journal, it's true.

In an article from 2018, the Journal reportedly talked to custodians at the parks who have had the duty of cleaning up the ashes. The report said in part:

"Human ashes have been spread in flower beds, on bushes and on Magic Kingdom lawns; outside the park gates and during fireworks displays; on Pirates of the Caribbean and in the moat underneath the flying elephants of the Dumbo ride. Most frequently of all, according to custodians and park workers, they’ve been dispersed throughout the Haunted Mansion, the 49-year-old attraction featuring an eerie old estate full of imaginary ghosts."

If you stop by to grab a burger at this popular downtown Orlando spot, keep an eye out for the ghost of a Victorian girl from the 1800s who has reportedly been known to tap on windows, wave at guests and skip down the street late at night.

This history center used to be an Orlando courthouse where serial killer Ted Bundy was tried for the murder of Kimberly Leach in 1980. Legend says the building is haunted by the ghost of Bundy, with weird things happening like levitating objects. "Ted Bundy" is reportedly carved into a table where he was sitting during the trial, but it's not known if he was the one who did the carving – or was it a spirit?