Police say a one-year-old child has died after being left inside a hot car in Orange County.

ORANGE COUNTY, Fla. - The Orange County Sheriff's Office is investigating after deputies said a 1-year-old child was found dead inside a vehicle.

Deputies were called to the 5000 block of Indian Hill Road in reference to a 911 call. When they arrived, they discovered the child deceased at the scene.

The child has been identified as Jace Leslie.

Deputies say Jace was left inside a vehicle in a rear-facing car seat for several hours by a relative/caregiver while the caregiver was at work.

"The caregiver was expected to drop Jace off at the Indian Hill Road location for daycare before work, but on Friday, the caregiver did not drop him off," the sheriff's office said in an update on Saturday. "When the caregiver arrived to pick him up from the daycare location at 3:42 p.m. Friday, baby Jace was instead discovered unresponsive in the car."

Aid was rendered by bystanders until emergency responders arrived on the scene and determined Jace was deceased.

"Detectives believe Jace died as a result of being inside the hot car for an extended period, but they must wait on the medical examiner’s office for an official cause of death."

The investigation in this case is still active and ongoing.

The sheriff's office says they want to make it clear that there is no connection between baby Jace’s death and the home on Indian Hill Road. 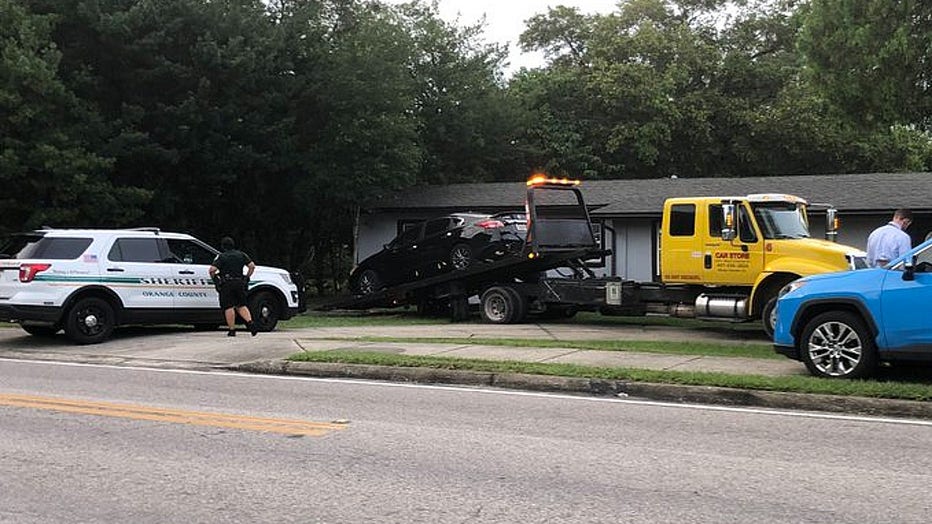 Deputies investigate a child death after a one-year-old was found deceased inside a car in Orange County.