The San Francisco Fire Department reports that one person died and three others were critically injured early Wednesday near the city's Glen Park neighborhood.

SAN FRANCISCO - A woman is dead and three others are in critical condition after a fire in an overpass at a homeless encampment in San Francisco early Wednesday morning.

The fire broke out in a confined space at around 1:15 a.m. inside an onramp at Bosworth Street and southbound Interstate 280. Authorities say the four victims were inside the structure, apparently trying to keep warm as temperatures fell into the 40s.

Initially three adults were rescued – all of them in critical condition. But it took firefighters more than two hours to rescue the fourth person. They say they performed life-saving measures on them, but one of the four people has since died.

One dead and three injured in homeless encampment fire in overpass

One person is dead and three others are in critical condition Wednesday morning after a fire in an overpass at a homeless encampment in San Francisco. KTVU's Amanda Quintana reports.

The fire had three elements for firefighters to overcome. It was a wild land fire, structure fire, and required a rescue in a confined space once firefighters learned there was a homeless encampment inside the overpass.

"Originally the team arrived on scene and found a wild land fire. And during fighting the wild land fire, they heard a call for help and discovered that there were four people up inside of the overpass," said Battalion Chief Patrick D'Arcy.

Governor Gavin Newsom issued a statement later in the afternoon to specifically use this as an example of the dangers of being homeless in California. He said he was "heartbroken and outraged" over the young woman's death.

"This tragedy is a devastating reminder of the dangers tens of thousands of unhoused Californians face every day, and the critical urgency we must bring to protecting the most vulnerable among us," Newsom's statement read.

"All of us should be ashamed of the unconscionable status quo that sees too many Californians essentially discarded by our society. There is nothing humane or compassionate about allowing tragedies like this to occur. We have a moral imperative to do better," Newsom continued.

The governor said he's committed to addressing the root causes of homelessness. According to his office, their multibillion-dollar homeless housing investments will provide more than 55,000 new housing units and treatment slots in the coming
years.

About 45 firefighters responded to the scene of the San Francisco fire.

While the fire department and California Highway Patrol investigate the cause of the deadly blaze, San Francisco is currently experiencing a cold snap in the weather.

Before the fire, the city's Department of Homelessness and Supportive Housing tweeted resources for a pop-up homeless shelter at Gene Friend Rec Center located at 270 6th Street. But the shelter would not be available until Wednesday at 10 a.m., potentially leaving many from the homeless population out in the dangerously-low temperatures Tuesday night.

When asked why the shelter was not available one night earlier, a department spokesperson said when they learned of the cold snap they ensured some of their larger shelters would be able to take self-referrals. Even colder temperatures are expected Wednesday night.

In addition to Gene Friend Rec Center, the department said they have availability at three other shelters including; Next Door at 1001 Polk, MSC-South at 525 5th Street, and Interfaith Winter Shelter at First Unitarian Church 1187 Franklin Street.

Associated Press and Bay City News contributed to this report. 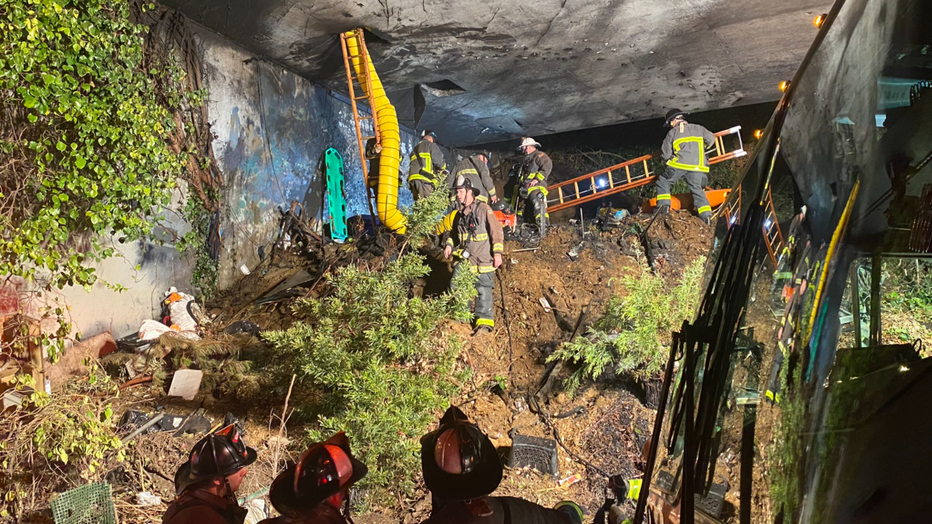 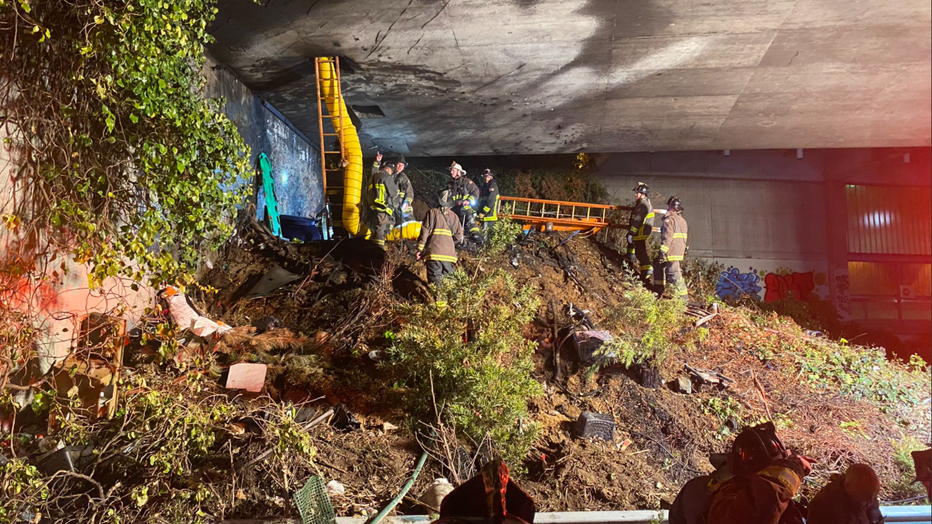 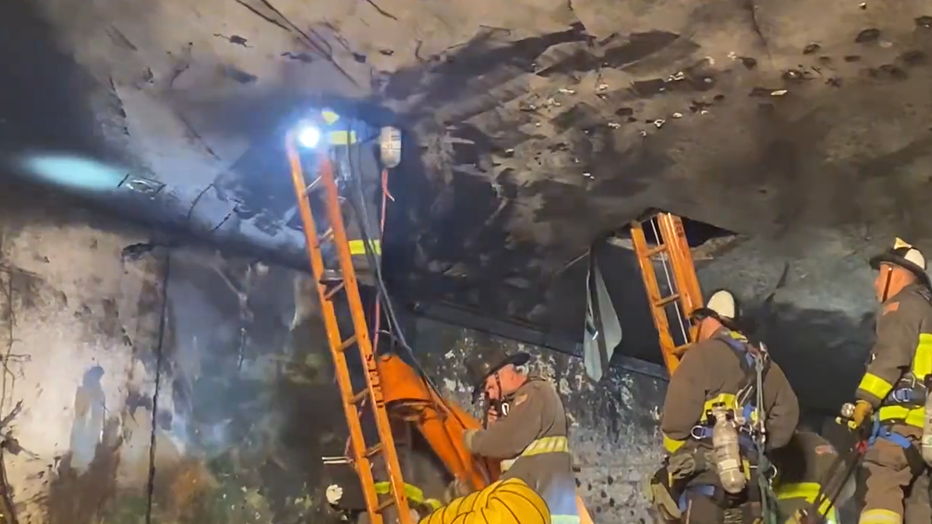