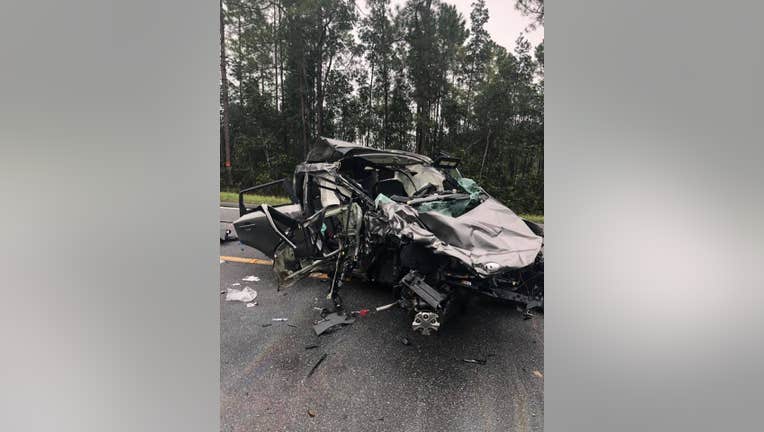 VOLUSIA COUNTY, Fla. - The Florida Highway Patrol said one man was killed in a head-on crash over the weekend.

First responders say it happened in the area of State Road 40 and Pine Woods Road on Saturday.

Officials say a 75-year-old man from Daytona Beach died when an SUV hit his pickup truck.

Two passengers inside the victim's truck were injured.

Both are said to be in serious condition.

Troopers say the driver of the SUV is a 57-year-old man from Bunnell.

They say he is listed in critical condition.

The passenger in his car, a 17-year-old boy, is said to be in serious condition.

The crash is still being investigated.