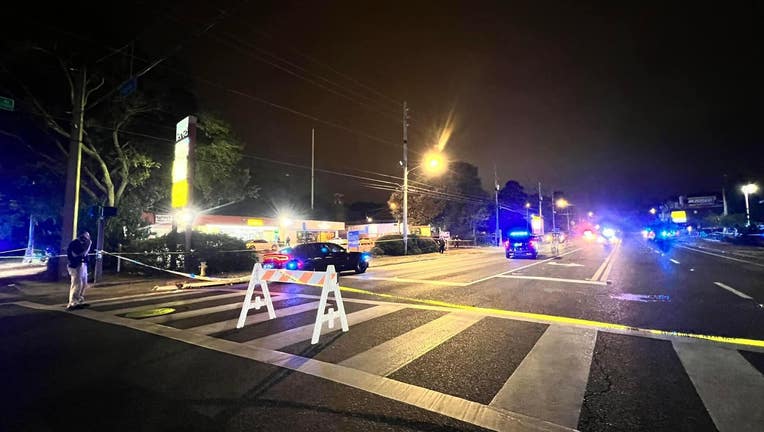 TALLAHASSEE, Fla. - One person has died, and eight other people were injured after multiple people reportedly shot into crowds Saturday night near Florida State University.

Officers who heard the shots found a victim at the liquor store and began life rendering aid. The man succumbed to his injuries at the scene, police said.

Eight other people sustained injuries ranging from minor to serious.

Police said they saw an armed man shooting into a large crowd running towards a nearby McDonald's. Officers chased the man down, ordered verbal commands for him to drop his weapon, then subsequently shot him "in an attempt to stop the threat and prevent further individuals from being victimized," police said.

The man was taken to the hospital with non-life-threatening injuries.

Two other suspects were taken into custody.

This is an active investigation.