ORLANDO, Fla. - Tropical Storm Isaias has formed in the Caribbean and continues to keep Florida in its forecasted path.

The National Hurricane Center (NHC) said that the tropical storm officially formed at 11 p.m. on Wednesday. It is moving at 20 miles per hour with maximum sustained winds of 50 mph. It is located just about 155 miles south of Ponce, Puerto Rico and 265 miles southeast of Santo Domingo, Dominican Republic.

Isaias, the ninth named storm of the 2020 Atlantic hurricane season, is expected to weaken some while moving over Hispaniola but then will get stronger once again by Friday. FOX 35 Chief Meteorologist Glenn Richards believes that the storm could become a hurricane.

The storm's center is expected to move Hispaniola on Thursday, reaching the southeastern Bahamas by early Friday.

Tropical Storm Warnings are in effect for the following areas:

A Tropical Storm Watch is in effect for the following areas:

Florida remains within the cone of uncertainty, according to the latest track. 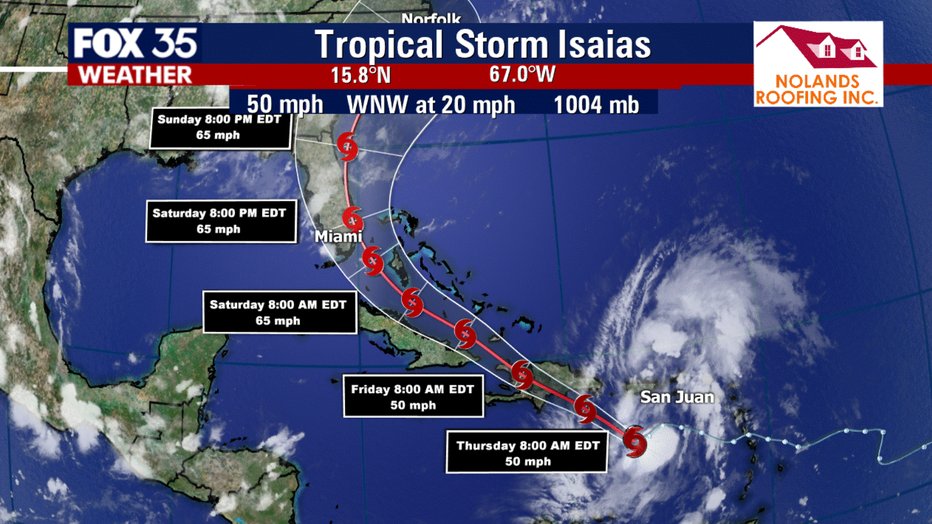 FOX 35 meteorologist Glenn Richards expects tropical storm conditions across Florida beginning as early as Saturday and will continue throughout the weekend. However, he explained that "the exact path and strength is too early to call due to all of the hurdles this system must overcome." 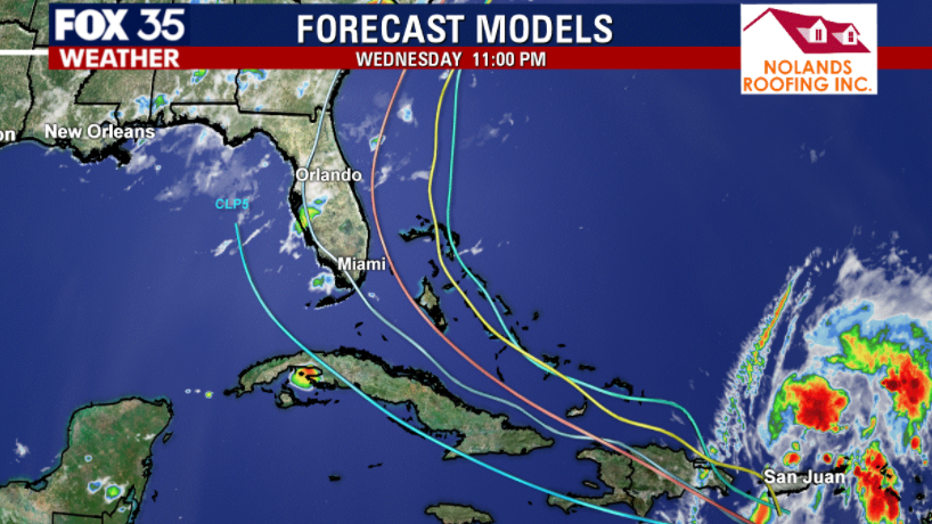 With the current forecast, Florida can expect coastal showers and an increase in winds starting Saturday. Coastal counties in particular will face a possible tornado threat.

The 2020 Atlantic hurricane season, which officially began June 1, has since May 16 produced seven tropical storms and one hurricane. Hurricane Hanna on Saturday became the first hurricane to make landfall in Texas in July since 2008.