Orlando, FL - Expect another warm, dry day for Central Florida on this Thursday.

After a quiet, relatively cool morning, temperatures will rebound back into the widespread 80s from the coast into the interior. Skies will feature a mix of sun and clouds, breezes will trend a bit lighter during the afternoon compared to the last few days.

Rain chances will rise just a bit as we head into the weekend as a weak front moves in. The front won't bring cooler air, just a slight increase in shower activity. Chances look to be around 20% at max. 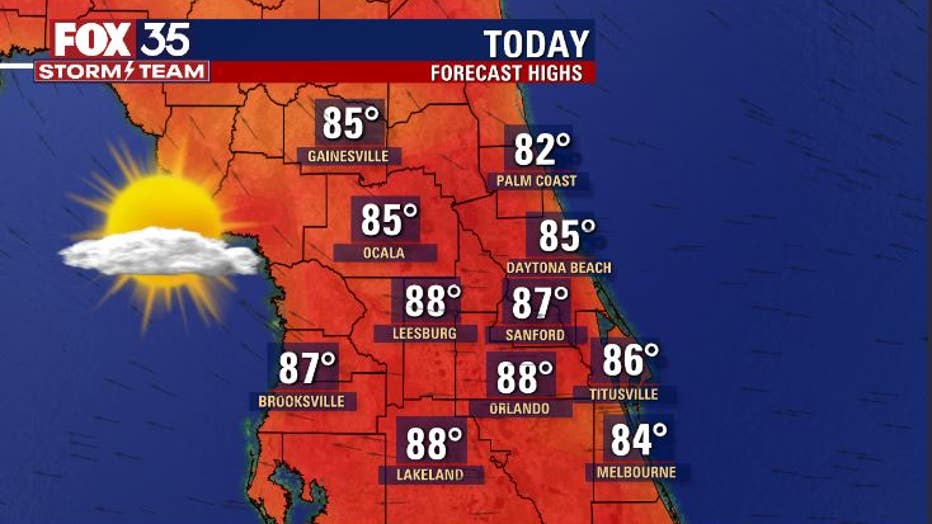 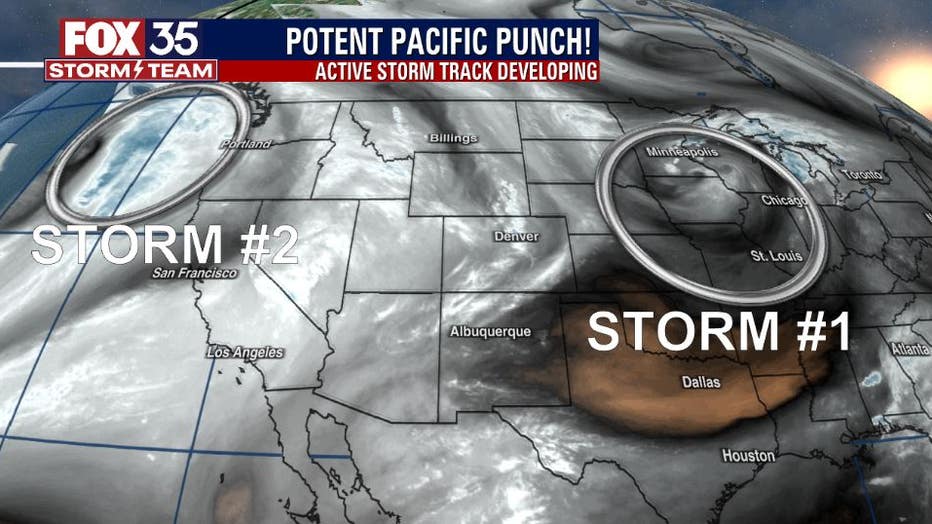 While the weather locally has been quiet and downright gorgeous, it appears that an active storm pattern is developing across the nation.

The Pacific Ocean is springing to life with several areas of energy streaming out of the Gulf of Alaska and into the Pacific Northwest States. Those same storm systems look to arrive in the Eastern U.S. over the next several days. Some of the storms look quite strong, bringing sweeping weather changes to many areas. 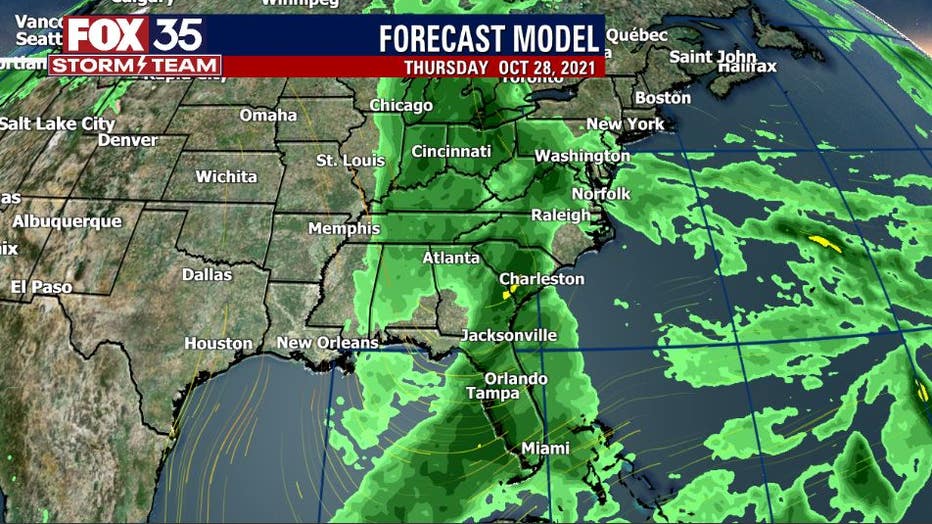 One of the stronger systems looks to arrive in the Southeast by late next week. Warm air and increasing moisture ahead of the storm could provide fuel for a decent burst of storms during this time.

"It's still a bit far out on the timeline to determine what local impacts we could see but, forecast modeling has been rather bullish on storm risk rising as this system moves through," said FOX 35 Storm Team Chief Meteorologist Jayme King. 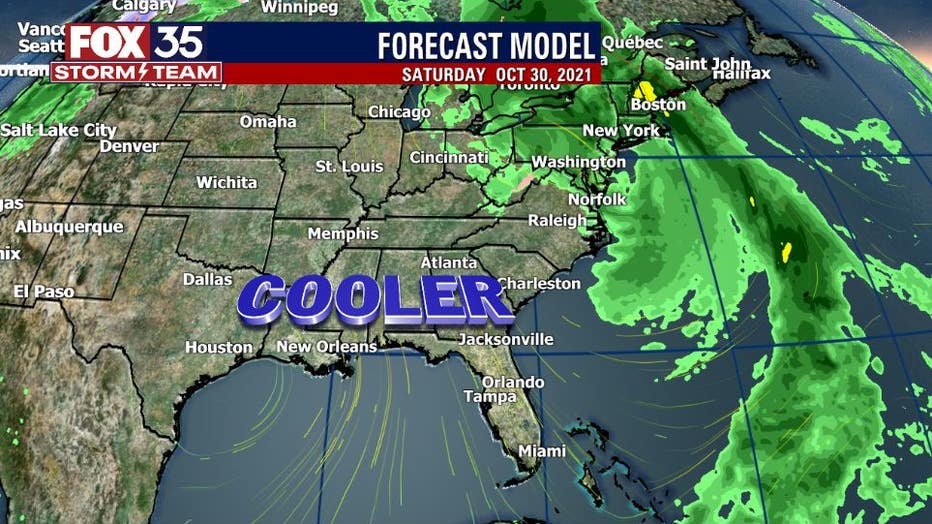 If things time out right with the storm's passage, Central Floridians can look forward to a beautiful run of cooler and drier weather as we head into Halloween weekend. Perhaps for the trick or treaters this year it will be all weather treats and no tricks! 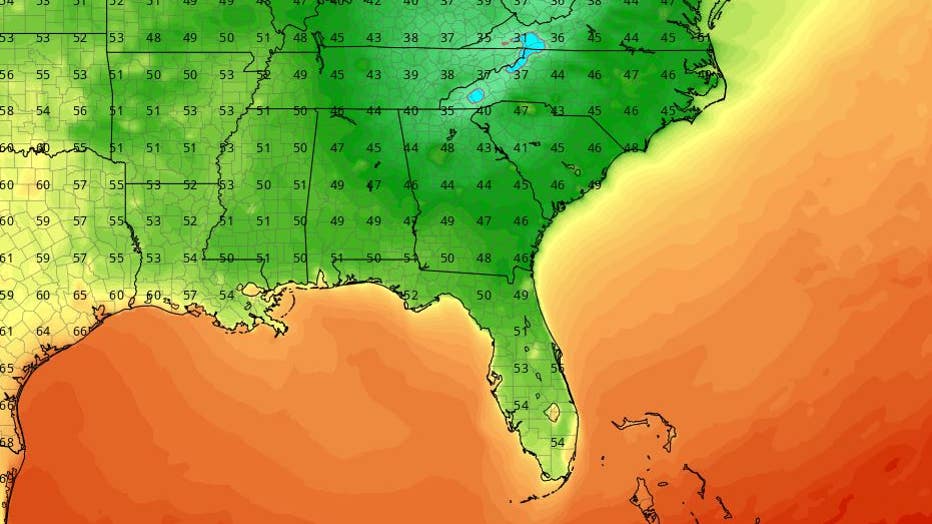 Longer range forecast models are pointing at the possibility of widespread 50s for wake-up temps by next weekend behind the front and 40s won't be too far away over Southern Georgia. Something to keep an eye on as we head through the next several days, stay tuned!