They said the first disturbance, located about 100 miles east-southeast of Barbados, is made up of disorganized showers and thunderstorm activity. It is apparently decreasing into a small area of low pressure and upper-level winds are likely to prevent further development.

Nonetheless, it is said to be moving west-northwest at 10 mph. It has just a 10 percent chance of formation over the next two to five days. 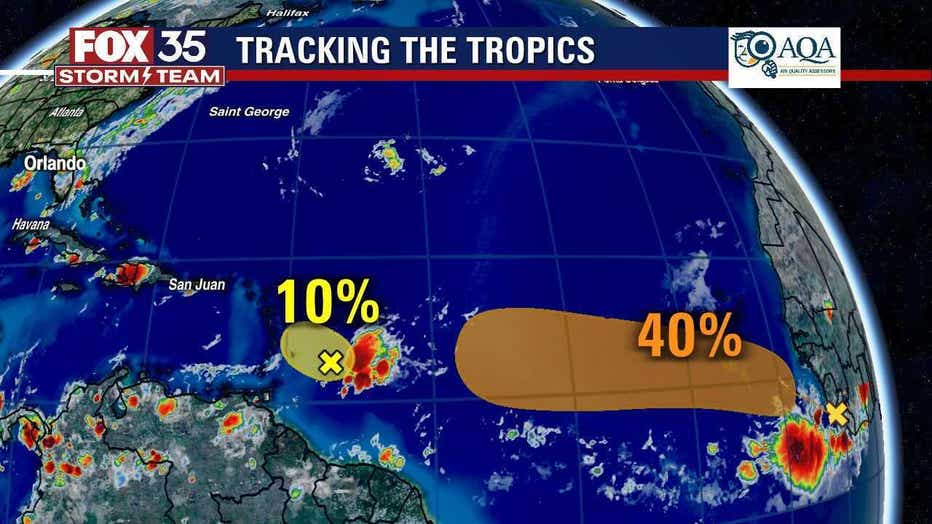 Meanwhile, the NHC said that a small tropical wave has emerged just off the coast of Africa.

"Although ocean temperatures are still relatively cool over the tropical Atlantic Ocean and are only marginally conducive for development, a small tropical depression could form by early next week," NHC forecasters said.