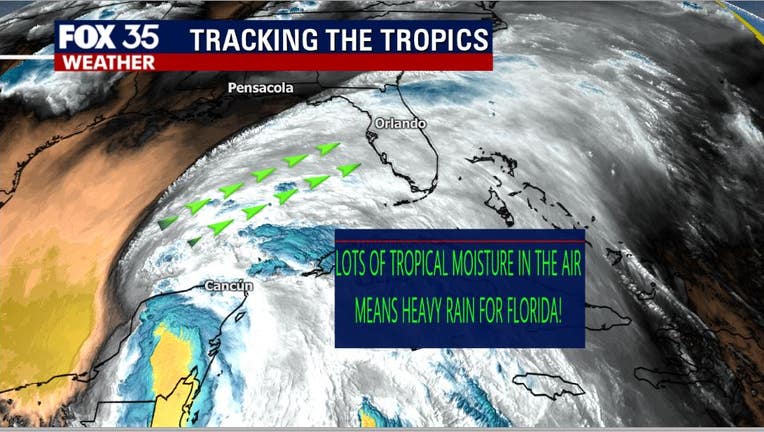 Orlando, FL - Outdoor plans this weekend in Central Florida? Well, you might want to explore a "PLAN B" as heavy rainfall will threaten the area yet again Saturday and Sunday.

Developing tropical system "Cristobal" will essentially control local weather even into early next week after a Gulf Coast landfall, sometime late Sunday or Monday morning. The system is forecast to redevelop into a tropical storm by early Saturday morning on departure from the Yucatan down in Mexico, heading for the Central Gulf. 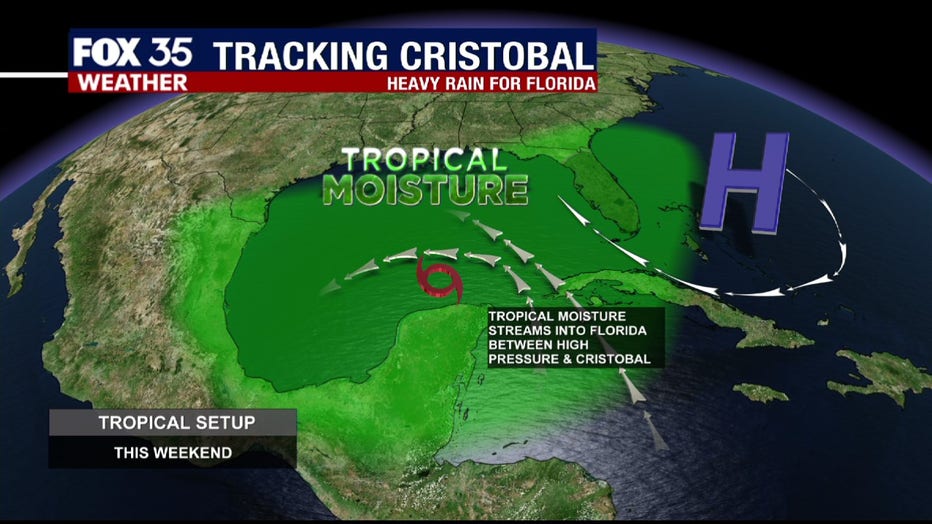 "Cristobal" will combine forces with an area of high-pressure East of Florida. Developing airflow between the two features will funnel in a corridor of moist, tropical air and the potential for very heavy rainfall across the area.

FOX 35 Meteorologist Jayme King says, "After a few days of heavy rain earlier in the week, concern turns to the possibility of flooding in low lying areas as repeated bouts of tropical rain continue to saturate local soils." 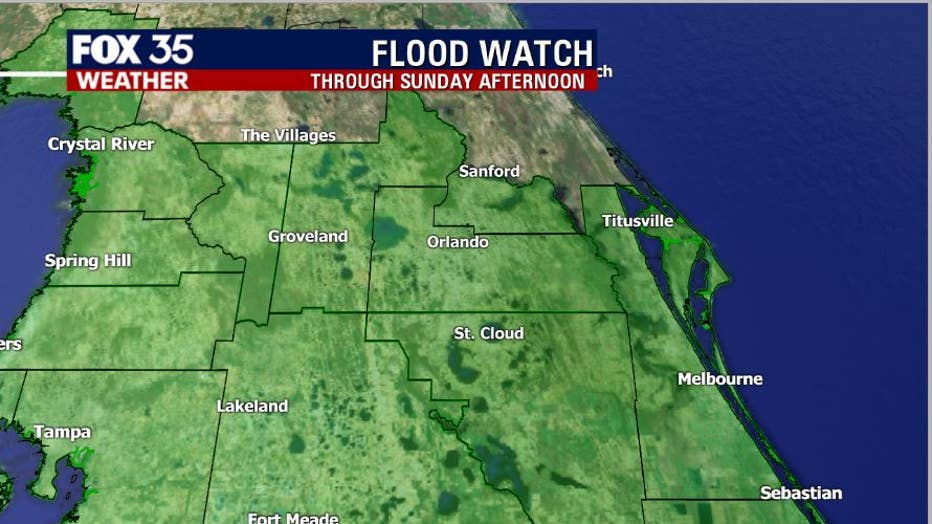 A flood watch is active until late in the day on Sunday for a large chunk of the FOX 35 viewing area. Residents in Brevard, Seminole, Orange, Lake, Sumter, Polk, Osceola, Citrus, and Levy Counties should pay extra close attention during this time. Coastal Citrus and Levy Counties are also under a storm surge watch until further notice.

Gulf waters levels will likely rise as "Cristobal" moves into the Central Gulf. Low-lying coastal areas around Citrus and Levy Counties could see some minor flooding with swell moving into the Eastern Gulf from a great distance away. 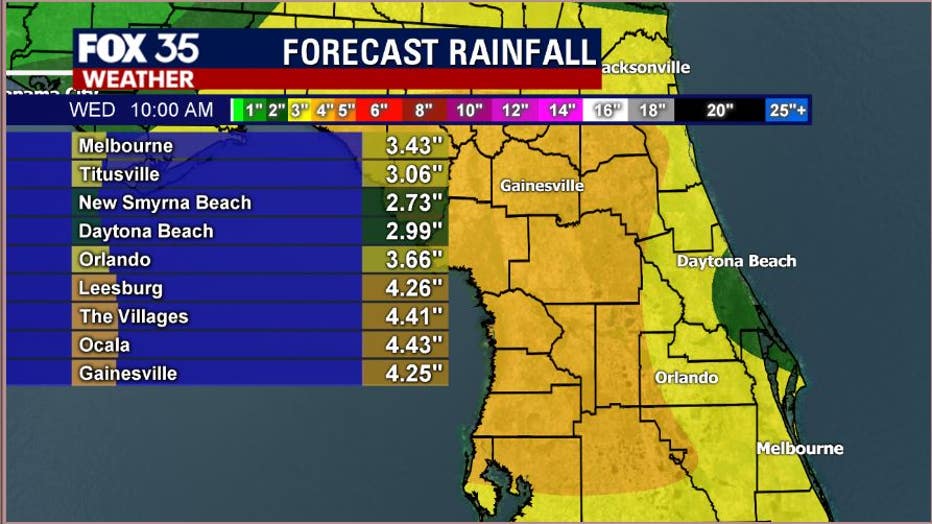 Tropical rainfall models are pointing at some rather hefty rain amounts accumulating across the area.

The latest data shows most locations around Central Florida receiving in excess of 2-3" of total rainfall through the weekend and into early next week. Something to certainly keep a close on over the next several days!