FOX 35 Chief Meteorologist Glenn Richards has the latest tropical activity in the Atlantic Ocean and the Gulf of Mexico.

Orlando, FL - Thunderstorm activity has continued to increase in association with a low-pressure system located over the southwestern Gulf of Mexico which has now become a tropical depression.

Upper-level winds and the environment surrounding Tropical Depression No. 20 are becoming favorable for further development. If this trend continues, a tropical storm could form on Friday.

The system is expected to hang out over the southwestern Gulf of Mexico for the next day or so before moving slowly northward to northeastward on Friday and Saturday. Spaghetti plot modeling shows this feature not moving much through the next few days. 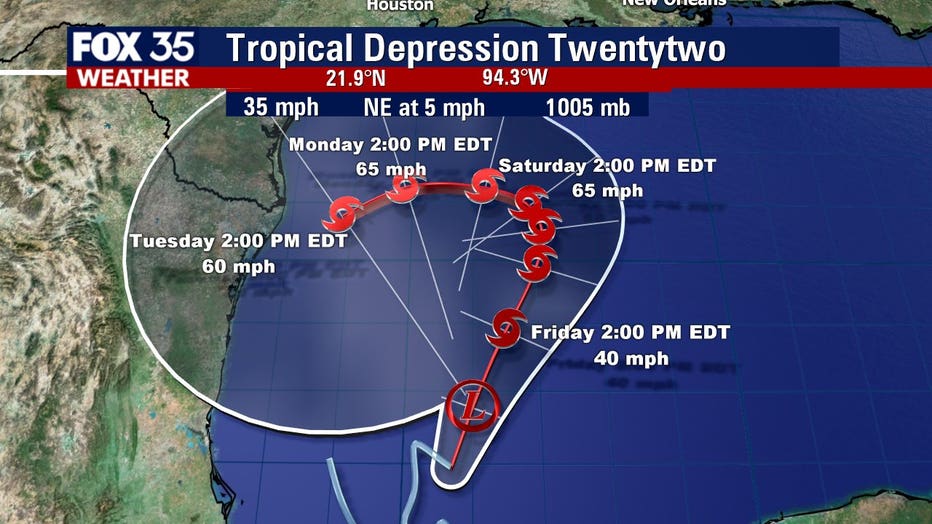 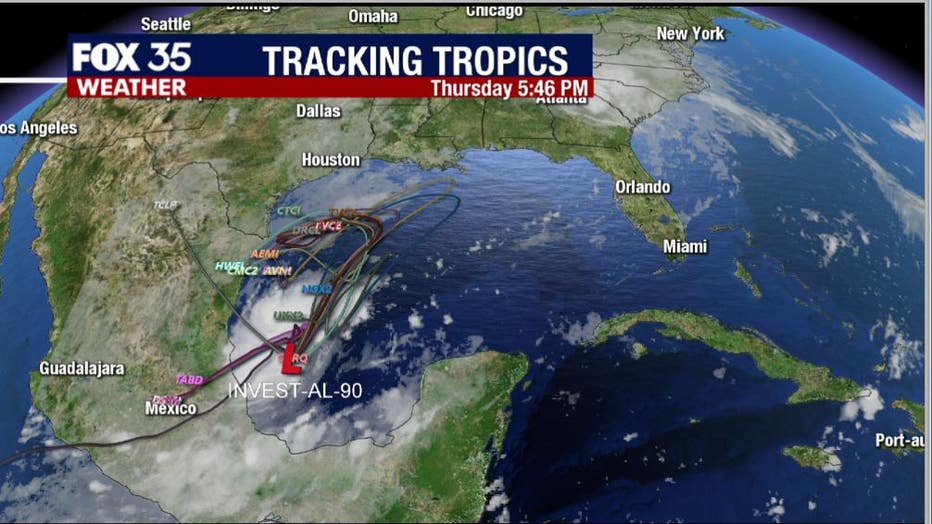 An Air Force Reserve reconnaissance aircraft is scheduled to investigate the disturbance this afternoon.

If this becomes a named storm, it will be Wilfred, the last name on the 2020 Atlantic Hurricane list.