ORLANDO, Fla. - Central Florida will experience some of the coldest days of the year as arctic air moves into the region.

Sunday is expected to be the "last day of warm weather until maybe the end of next week," FOX 35 meteorologist Brooks Tomlin said. The day will feature scattered showers throughout the afternoon and evening, with little risk of thunderstorms or washouts.

"We're going to have gusty northwest winds and right now, some of the wind chills on Wednesday morning are dangerously low," Tomlin said. One model forecasts wind chills in the teens and twenties on Wednesday. "This is just one model's forecast. I'm not going that cold just yet. We're going to monitor and track the cold air through the coming days."

Nonetheless, Monday through Wednesday is expected to be three of the coldest days Central Florida has seen in a while. 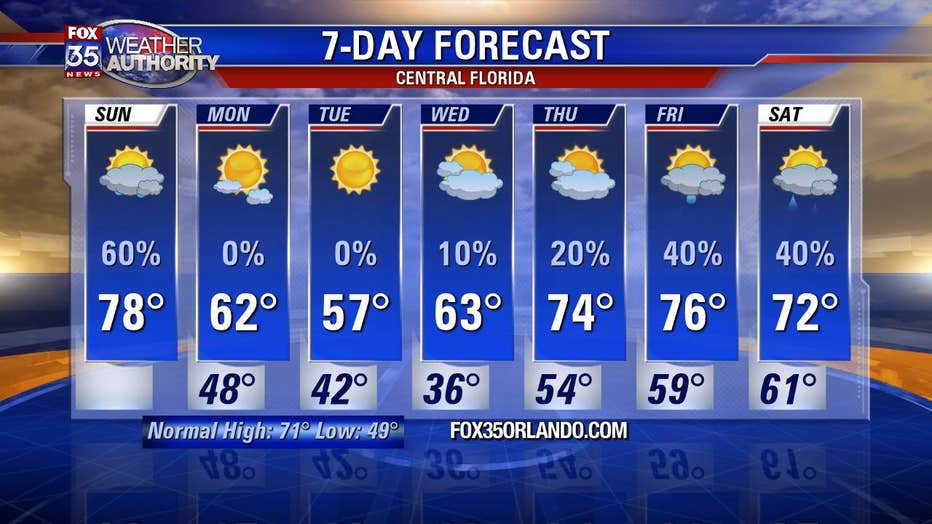 Get the latest on the cool temperatures, the risk of freezing, and more by downloading the FOX 35 Weather App.