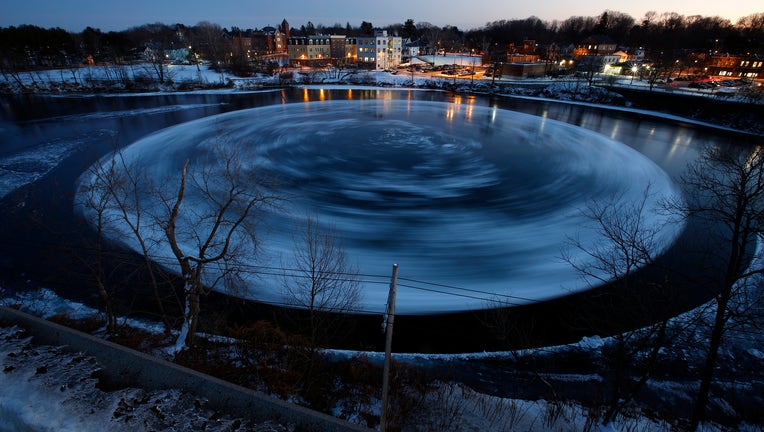 Westbrook, Maine - What goes around comes around.

An ice disk appears to be forming in the same Maine river where an unusually large one formed last winter and quickly gained international fame.

The City of Westbrook tweeted an aerial view of the disk in the Presumpscot River with the message: "ICE BREAKING NEWS: Ice Disk 2020 is making a run for it...It's not a perfect circle yet, but it is rotating counter-clockwise again & the seagulls are along for the ride."

The ice formation comes just about a year after a disk measuring about 100 yards (91 meters) was spotted in the Presumpscot River. It eventually had a devoted webcam; social media users compared it to an alien spacecraft and the moon; and ducks used it as a raft.

A video of the disk shows a nascent ice blob that is thinner and less circular than the famous disk of 2019.