WASHINGTON - Wes Unseld, the NBA legend who led the then-Washington Bullets to the NBA championship in 1978 has died, his family says. He was 74-years-old.

Unseld was drafted by the Baltimore Bullets in 1968 and helped lead them to five consecutive playoff appearances. The streak continued when the team moved to Washington in 1973. 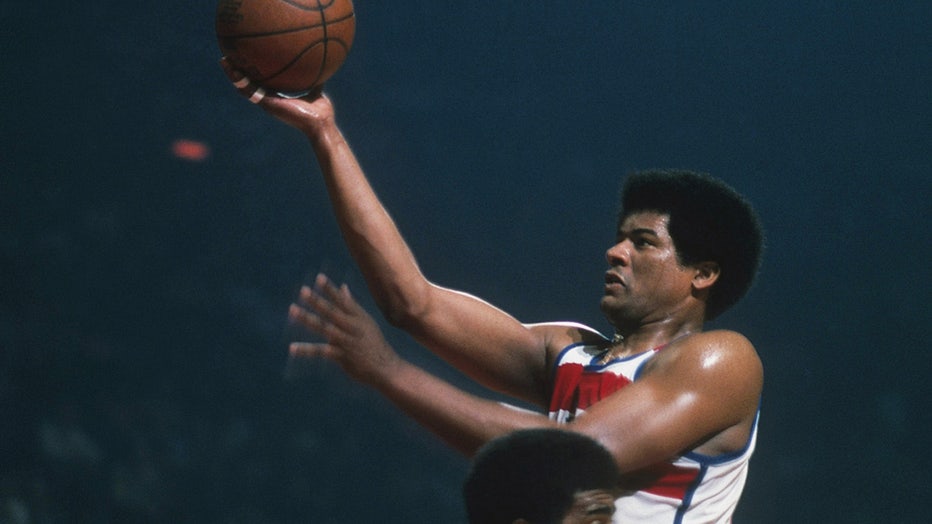 Washington Bullets' Wes Unseld #41 makes a jumpshot during a game at Capital Centre circa 1975 in Washington, D.C. (Photo by Focus on Sport via Getty Images)

Unseld helped the franchise during its championship run in 1978 when they defeated the Seattle Supersonics in seven games to take the ring.

"On behalf of the Wizards organization and the entire MSE Family, I would like to extend our deepest sympathies and condolences to the Unseld family, including his wife Connie, daughter Kimberly, son Wes Jr. and his two grandchildren as well as his large number of extended family and friends," said Chairman and CEO of Monumental Sports and Entertainment, Ted Leonsis in a statement. "We all admired Wes as the pillar of this franchise for so long, but it was his work off the court that will truly leave an impactful legacy and live on through the many people he touched and influenced throughout his life of basketball and beyond."