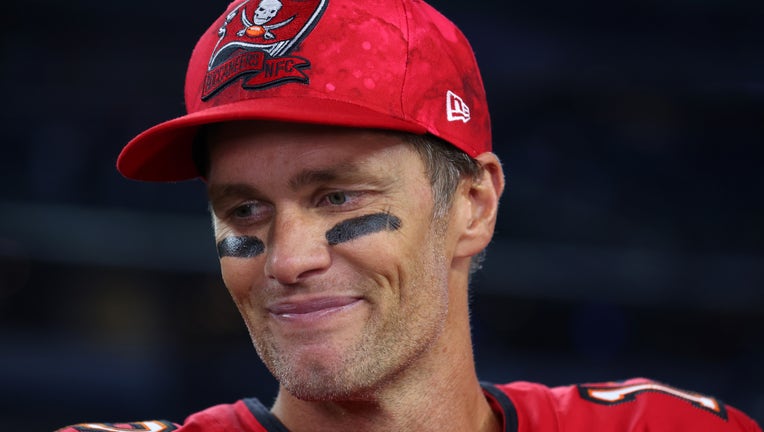 ARLINGTON, TEXAS - SEPTEMBER 11: Tom Brady #12 of the Tampa Bay Buccaneers is interviewed after the Buccaneers defeat the Dallas Cowboys 19-3 at AT&amp;T Stadium on September 11, 2022 in Arlington, Texas. (Photo by Richard Rodriguez/Getty Images)

Tom Brady stunned the NFL world in February when he decided to call it quits after his second season with the Tampa Bay Buccaneers but over a month after stepping away he returned.

On Sunday, the NFL Network reported the 2022 season will likely be Brady’s last.

Brady made headlines in training camp when he took an 11-day break to handle some personal business. He came back and told reporters after the final preseason game he had "a lot of s--- going on."

"I think we're all getting one day older at a time," he said earlier this month when asked whether this would be his final season. "We're all not sure whether we're going to be here next year or not, that's the reality for every player, every coach, every parent. You just never know. We should all take advantage of the opportunity that we have."

Brady made a trip to the Bahamas to "make good" on a promise he made to his wife, Gisele Bündchen, NFL Network reported. Over the last two weeks, the tabloids speculated their marriage had been on the rocks given Brady’s decision to return to football. But the legendary NFL superstar had maintained he would play until he was 45 years old and if everything stays status quo, he would do just that.

The seven-time Super Bowl champion will begin his 23rd season against the Dallas Cowboys on Sunday night.

Against Dallas in Week 1 last year, the Buccaneers won 31-29. Brady was 32-for-50 with four touchdown passes and 379 passing yards.