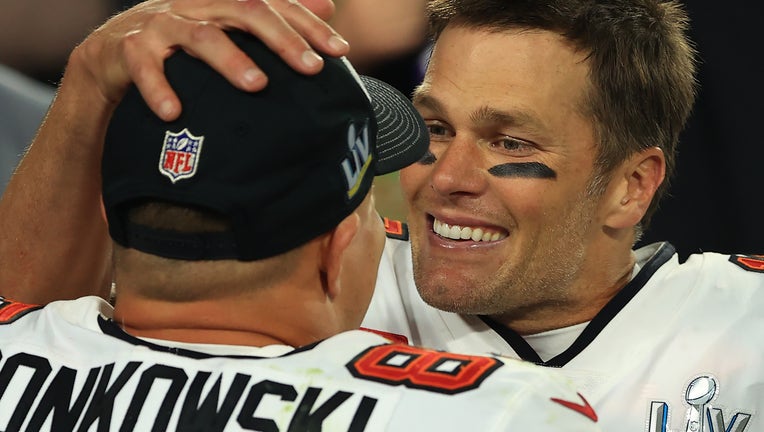 On Sunday, he helped tight end Rob Gronkowski earn a pretty hefty bonus in Tampa's win over the Carolina Panthers, all thanks to a short, 7-yard pass from Brady to Gronkowski after QB1 refused to leave the game in the fourth quarter.

"That's the difference between Tom and everybody else," 969 The Game sports talk radio host Brandon Kravitz told FOX 35, "to know that not only is this going to mean a lot to a guy who came out of retirement for me. But other guys on this team are paying attention to that, and they’ll now run through a brick wall for me." 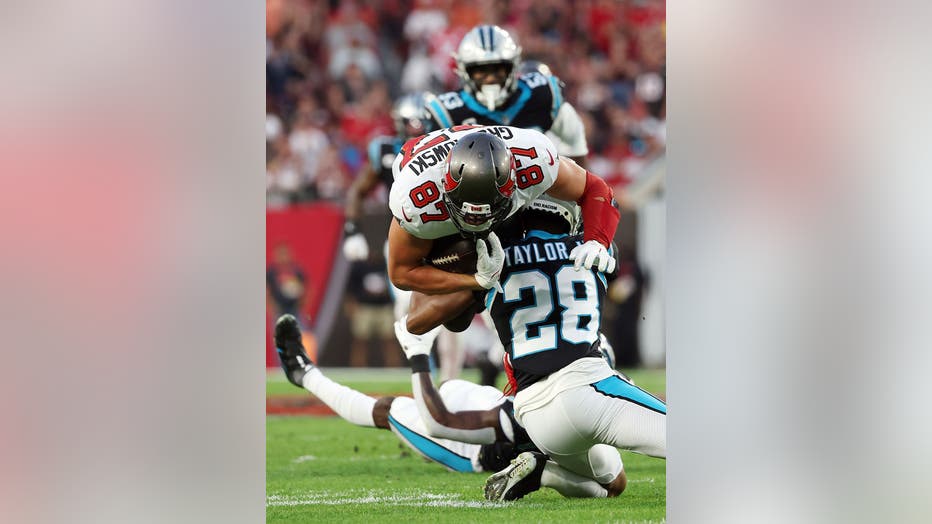 TAMPA, FLORIDA - JANUARY 09: Rob Gronkowski #87 of the Tampa Bay Buccaneers carries the ball after a reception against the Carolina Panthers during the second quarter at Raymond James Stadium on January 09, 2022 in Tampa, Florida. (Photo by Mike Ehrm

The "bromance" between Brady and Gronk goes way back to their time with the Patriots, where they won three Super Bowls together. Now, that championship swagger is in Tampa.

"You took a team that was not making the playoffs before Brady got there with the same roster, and then they go on to win the Super Bowl. Now, this is the magic dust that Brady sprinkles on everything," Kravitz said.

The Bucs are the No. 2 seed and will host the Philadelphia Eagles in the first round of the NFL playoffs on Sunday.