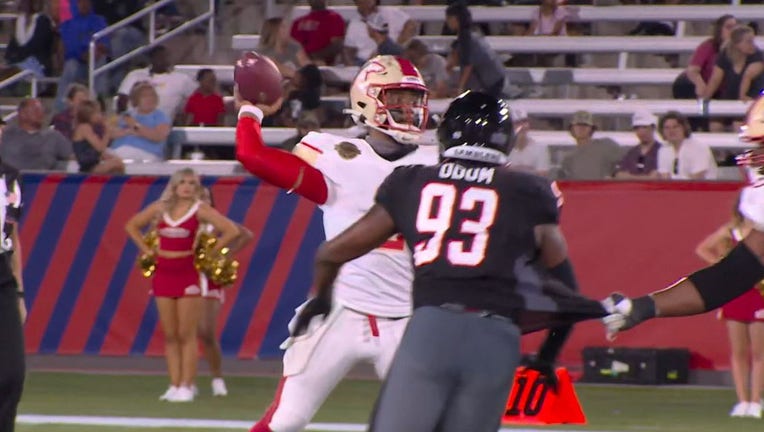 WASHINGTON - Week 3 of the USFL season will have another exciting weekend of action on the gridiron with a battle between two unbeaten teams and two winless teams.

The New Orleans Breakers (2-0) and Birmingham Stallions (2-0) battle Sunday with the winner taking sole possession of first place in the South Divison standings.

FOX will have a doubleheader starting at 4 p.m. ET with a matchup between the Pittsburgh Maulers and Michigan Panthers followed by the Tampa Bay Bandits versus the Houston Gamblers at 8 p.m. ET.

The Panthers and Maulers are winless this season and are looking to get into the win column to avoid falling to the bottom of the South Division standings.

Pittsburgh cornerback Jaylon McClain-Sapp will be key to a potential Maulers victory against the Panthers. Sapp already has scored two defensive touchdowns this season, according to FOX Sports. The Panthers will need to get more production from quarterback Shea Patterson this weekend to have a shot at a win. Patterson’s 316 passing yards ranks fifth in the USFL and he only has one passing touchdown.

Tampa Bay and Houston are are both (1-1) and want to get over the .500 mark to improve their position among North Division teams. Bandits linebacker Christian Sam looks to capitalize on his impressive 11 tackle performance in Week 2 against the New Orleans Breakers. Gamblers cornerback Will Likely has been a stalwart for the defense with two interceptions and six tackles this season.