WASHINGTON - NASCAR’s 2022 season rolls on with another exciting race this weekend at Phoenix Raceway for the Ruoff Mortgage 500 Sunday. This is the fourth race of the season as NASCAR on FOX wraps up its west coast swing in the desert.

Coverage of the NASCAR Cup Series from Phoenix begins Sunday at 3 p.m. ET on FOX followed by the race at 3:30 p.m. ET.

The qualifying order for the upcoming race was released Wednesday, and fans will get to watch some of the sport's top drivers compete, including Kurt Busch, Joey Logano, Kyle Larson, Bubba Wallace and Kevin Harvick.

The desert mile at Phoenix Raceway is a short and fast track and the race has the potential to get physical based on drivers competing for a favorable position on the race track, according to FOX Sports. 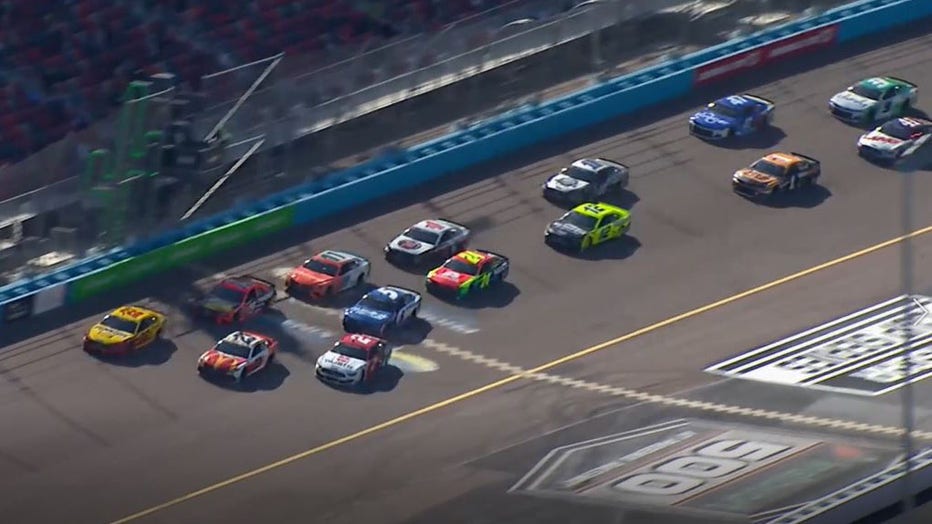 NASCAR’s top drivers head to the desert to compete in the Ruoff Mortgage 500 in Phoenix, the fourth race of the NASCAR season. (FOX Sports)

Sunday’s race will be the 52nd race hosted by Phoenix Raceway in the series’ history. According to NASCAR, the track first opened in 1964 with the Cup Series holding its inaugural race. Driver Alan Kulwicki won the race that year.

This weekend will be one of two trips FOX makes to Phoenix Raceway. The network will return in November where the stakes are even higher as drivers battle for a championship.