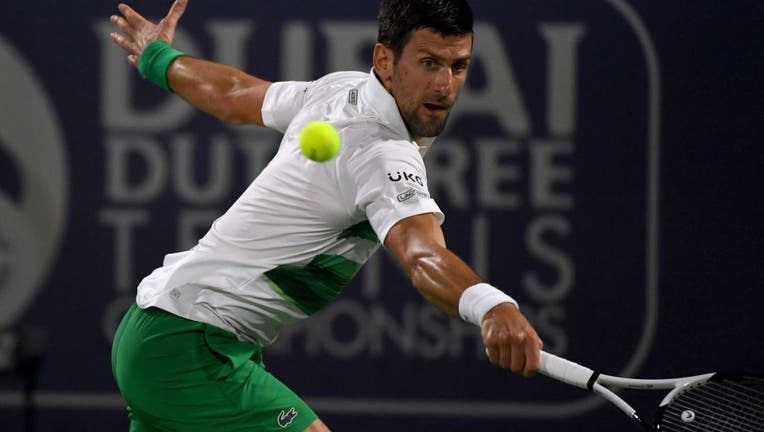 Novak Djokovic and coach Marian Vajda are no longer working together, splitting up after 15 years and 20 Grand Slam titles.

A statement that went up on Djokovic’s website on Tuesday said that the two men "agreed to end their partnership" after last year’s season-ending ATP Finals.

"Marian has been by my side during the most important and memorable moments in my career," Djokovic said in the posting. "Together we have achieved some incredible things and I am very grateful for his friendship and dedication over the last 15 years. While he might be leaving the professional team he will always be family and I can’t thank him enough for all he has done."

Tennis star Novak Djokovic was deported from Australia for not being vaccinated against COVID-19 ahead of the Australian Open.

During Vajda’s tenure, Djokovic also has picked up other coaches at various times — including Boris Becker, Andre Agassi and Radek Stepanek — and Goran Ivanisevic, who has been part of the team since 2019, will continue to work with the 34-year-old from Serbia.

Djokovic and Vajda took a break from each other in 2017 but reunited the next year.

"During my time with Novak, I have been lucky to watch him transform into the player he is today. I will look back on our time together with immense pride and am so very thankful for the success we have achieved," Vajda said in the post on Djokovic’s site. "I remain his biggest support on and off the court and I look forward to new challenges."

The announcement of the change came one day after Djokovic dropped out of the No. 1 ranking for the first time in two years, sliding to No. 2 behind Daniil Medvedev. Djokovic’s 361 total weeks atop the ATP are a record, as are his seven times finishing a season at No. 1.

His 20 major singles championships are tied with Roger Federer for the second-most in the history of men’s tennis; only Rafael Nadal, who won his 21st at the Australian Open in January, owns more.

Djokovic was deported from Australia and not allowed to try to defend his title at Melbourne Park because he has not been vaccinated against COVID-19.

He has played in only one tournament so far in 2022 — losing to Jiri Vesely in the quarterfinals of the Dubai Championships last week — and has said he won’t get the vaccine shots, even if he needs them to be able to participate in events such as the French Open or Wimbledon.