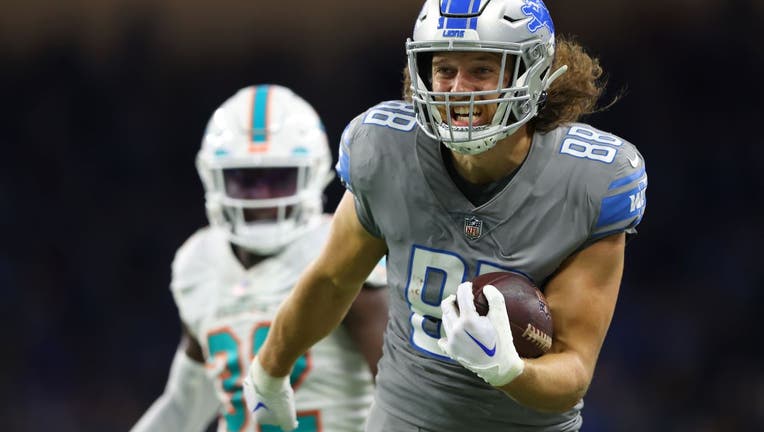 T.J. Hockenson #88 of the Detroit Lions runs against the Miami Dolphins at Ford Field on October 30, 2022 in Detroit, Michigan. (Photo by Rey Del Rio/Getty Images)

Hockenson, who is in his fourth season, was the eighth overall pick in the 2019 NFL Draft. He's appeared in 47 career games with 42 starts, collecting 2,068 receiving yards and 15 touchdowns on 186 receptions in his career. Hockenson earned Pro Bowl honors in 2020 after a career-high 67 catches for 723 yards and six touchdowns.

The trade deadline is Tuesday afternoon.