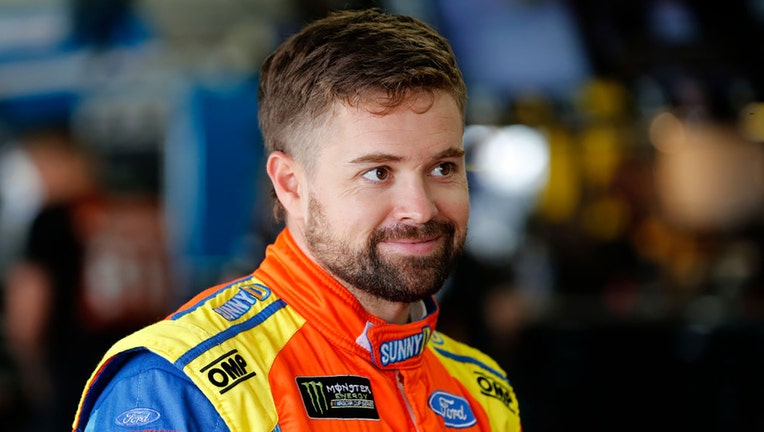 Buescher had a clause in his contract that gave him a rare opportunity to leave the No. 47 Chevrolet of JTG and return to Roush Fenway Racing. That move happened last month and came as a surprise to Stenhouse, who thought he was signed through 2021 to drive the No. 6 Ford.

Dumped into a tight free-agent market with no warning, Stenhouse made quick use of a new management team owned by Kevin Harvick, and the KHI group needed less than a month to get Stenhouse's deal complete.

The 32-year-old Stenhouse moves to a two-car Chevrolet team with JTG Daugherty that is consistently inconsistent, but it's ultimately a soft landing from his harsh booting after 10 seasons with Roush Fenway in the Ford family. The deal makes sense, too: The smaller JTG team is fighting for growth and some sustained competitiveness, while Stenhouse is a Mississippi native who prefers quiet life in the country.

"JTG has grown from a small team in a barn to a two-car team with more than 100 employees and I am looking forward to joining the family," he said. "I am ready to go win races with the ultimate goal of making the playoffs and competing for a championship."

Stenhouse is a two-time Xfinity Series champion but made the playoffs just once in seven seasons, despite driving what team owner Jack Roush considers the anchor car of his two-car organization. Stenhouse has just two career wins at the Cup Series level, both of them coming in 2017, and is currently 21st in the standings.

Conversely, Ryan Newman made the playoffs in his first year driving for Roush, and he missed winning last Sunday's race at Talladega by .0007 seconds -- the sixth-closest finish in that speedway's history.

As of Wednesday, there were no announced plans for Buescher or Stenhouse to swap earlier than the end of the season. JTG specifically noted that Stenhouse's debut would be at Daytona in February. But with the two of them essentially swapping seats, and five races left this season, there is time to get a jump on 2020.

Stenhouse was chosen over Daniel Hemric for the JTG ride, and that leaves the rookie dumped by Richard Childress Racing for Xfinity Series champion Tyler Reddick looking for a job.

Daniel Suarez also is desperately trying to complete a deal for a second season with Stewart-Haas Racing, and Clint Bowyer is thought to have reached an extension with that organization. Chip Ganassi said he's close to extending Kurt Busch, another playoff driver, all of which severely limited Stenhouse's options.

He caught a break when Ross Chastain said Tuesday he was going to run a full Xfinity season next year with Kaulig Racing, a move that makes it appear as if Chastain is positioning himself for a Cup seat beginning in 2021 with Ganassi, when the team owner might have two open rides.

With Chastain out of the running for the No. 37, and some sponsorship assistance from energy drink company NOS, Stenhouse made the move to the front of the line for JTG owners Tad and Jodi Geschickter.

"Ricky brings a lot of experience and talent to the team, and we know we can have two playoff-contending teams next season with him and Ryan Preece at the helm of our cars," Geschickter said.