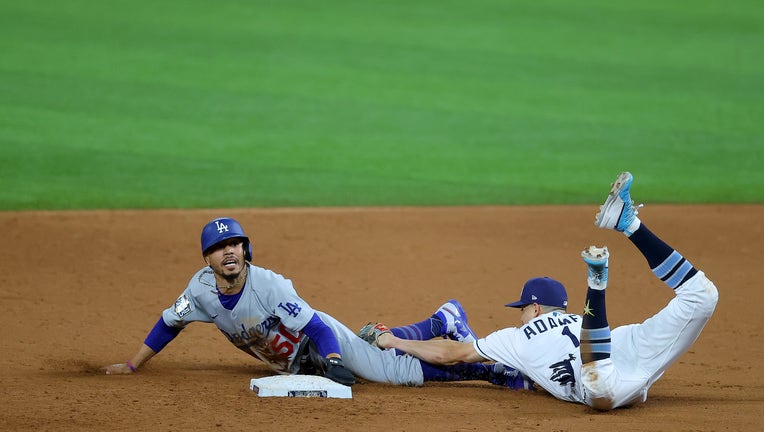 ARLINGTON, TEXAS - OCTOBER 23: Mookie Betts #50 of the Los Angeles Dodgers steals second base against Willy Adames #1 of the Tampa Bay Rays during the sixth inning in Game Three of the 2020 MLB World Series at Globe Life Field on October 23, 2020 in

For the ninth year in a row, Taco Bell's 'Steal a Base, Steal a Taco' promotion went into full effect after Mookie Betts' base steal. The fast-food chain will now offer every person in America a free Doritos Locos Taco, since a base was stolen during the World Series.

In the fourth inning, fans thought the tacos were going to be free when the Dodgers' Chris Taylor slid into second base before he was tagged. However, it was ruled a wild pitch instead of a stolen base.

Taco Bell confirms on their website that the stolen base was legit, and anyone can get their taco on Wednesday, October 28, while supplies last. The free taco offer is valid for store pickup all day via online or the mobile app for registered users of tacobell.com or the Taco Bell App. 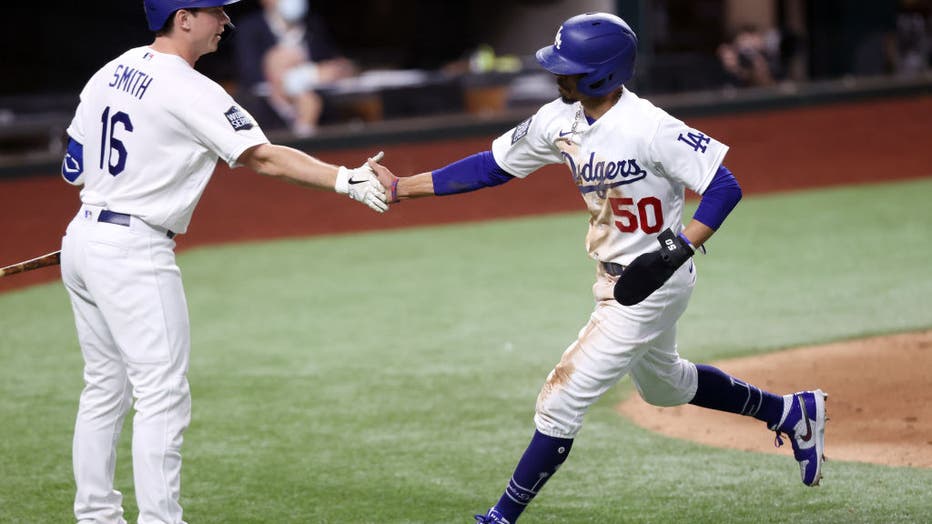 Mookie Betts #50 of the Dodgers is congratulated by Will Smith #16 after scoring a run against the Tampa Bay Rays during the fifth inning in Game One of the 2020 MLB World Series. (Photo by Tom Pennington/Getty Images)

"Through a season and a year like no other, we are proud to bring back a promotion that fans can always count on and are thrilled to partner with the league again to provide free tacos for all of America – no matter what team you root for," said Nikki Lawson, Taco Bell’s Chief Global Brand Officer in a news release.

This is the second time Mookie Betts has help America with their free tacos. He also sole a base in the 2018 World Series. Other players who stole a base during previous 'Steal a Base, Steal a Taco' promotions include Cameron Maybin, Jacoby Ellsbury, Jason Bartlett, Angel Pagan, Lorenzo Cain and Francisco Lindor.