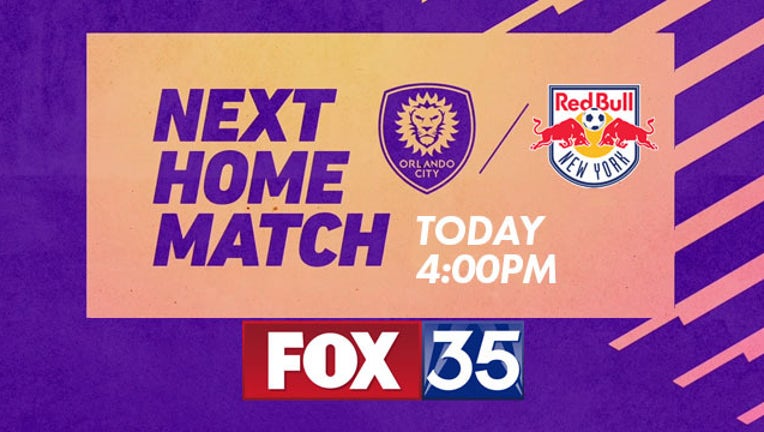 The match will be nationally broadcast on FOX 35 and Fox Deportes, while also being transmitted on Real Radio 104.1 in English and Acción 97.9FM, 810AM in Spanish.

“We’re awaiting a team who normally is intense in their games, a team who has been performing lately very well in terms of results. We know very well their idea, so our intentions won’t change,” Head Coach Oscar Pareja said. “Obviously recognizing what they do and the opportunities we may have is important for our players, but I don’t have any doubt that [New York] Red Bulls will be a very intense match for sure.”

The Lions will look to extend their Club-record unbeaten run to nine matches with a result on Saturday after battling to a scoreless draw with FC Dallas this past Sunday. Despite being reduced to 10 men in the 69th minute, the visiting City side was able to hold on to earn its second clean sheet of the season behind four saves from goalkeeper Pedro Gallese.

Chris Mueller leads the Lions with seven goals this season, followed by Nani and Benji Michel with four apiece. Mueller also holds the team-high in assists with five, again followed by Nani at four along with Mauricio Pereyra.

The Red Bulls come into Saturday’s match fresh off a 4-1 victory over Montreal on Sunday. After the Impact opened the scoring in the fourth minute, the Red Bulls would go on to find the back of the net twice on both sides of the half to take all three points at Red Bull Arena. Tom Barlow recorded a brace with finishes in the 14th and 35th minutes respectively, while Daniel Royer and Kaku scored a minute apart in the 56th and 57th to conclude the scoring in the match.

Royer leads the Red Bulls with four goals this year, followed by Kaku, Barlow and Kyle Duncan all with two apiece. Kaku holds the team high in assists at four.

Following Saturday’s match, the Lions face a quick turnaround, traveling to face Atlanta United FC on Wednesday, Oct. 7 in what will serve as their second visit to Mercedes-Benz Stadium in the calendar year.