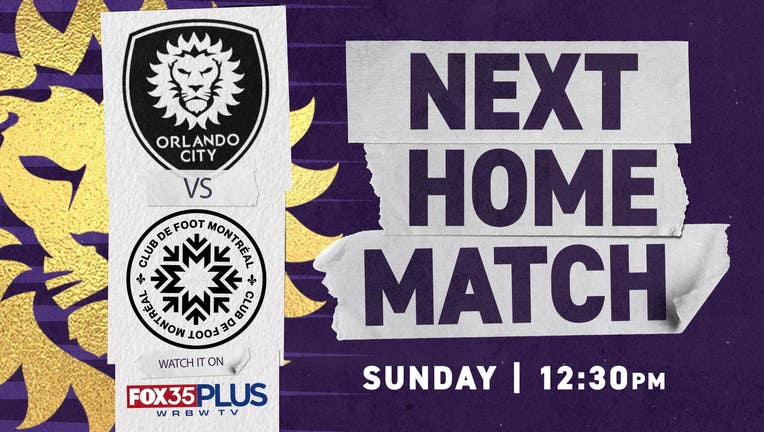 The match, presented by Orlando Health, will be locally televised on FOX35 PLUS and transmitted on 96.9 The Game in English and Acción 97.9FM, 810AM in Spanish. Information on tickets is available here or by calling (855) ORL-CITY.

"It’s good to be back into the rhythm of the competition. This year seems like everything is coming quicker, but we are excited to be in front of our fans and competing for points," Head Coach Oscar Pareja said ahead of the match. "We are very optimistic. We think we have done things right in terms of the effort and the intention of putting a team together that can represent this community and the progress of the Club."

Pareja enters his third year at the helm following a record-breaking season in 2021, culminating in the Lions second-consecutive trip to the Audi MLS Cup Playoffs. At the end of the regular season, City finished setting new records for points in a single-season (51), wins (13), clean sheets (9) and home wins (8).

Joining the side this past offseason are a pair of Designated Player (DP) signings in forwards Facundo Torres and Ercan Kara, as well as 20-year-old midfielder César Araújo, as a part of Major League Soccer’s U22 Initiative. In addition, the Lions added a pair of signings in the last month in Homegrown defender Alex Freeman and 2022 MLS SuperDraft selection Jack Lynn.

Returning to the side for the 2022 campaign is nearly the entirety of the Club’s defensive unit, highlighted by goalkeeper Pedro Gallese in between the sticks, center back pairing Antonio Carlos and Robin Jansson, fullbacks João Moutinho and Ruan, as well as midfielders Sebastián Méndez and Júnior Urso. In the attack, 2021 assist leader Mauricio Pereyra rejoins the side, along with forward Alexandre Pato.

CF Montréal comes into Sunday’s match after taking a 3-0 victory over Liga MX side Santos Laguna on Wednesday night in Concacaf Champions League play. Romell Quioto, Djordje Mihailovic and Ismaël Koné all found the back of the net on the night as the side advanced to the next round, taking a 3-1 aggregate, with Sunday serving as the side’s 2022 MLS opener.

Following Sunday’s match, the Lions will travel to take on Chicago Fire FC on Saturday, March 5 at Soldier Field. Kickoff is slated for 6 p.m. ET with the match set to air on FOX35 PLUS.