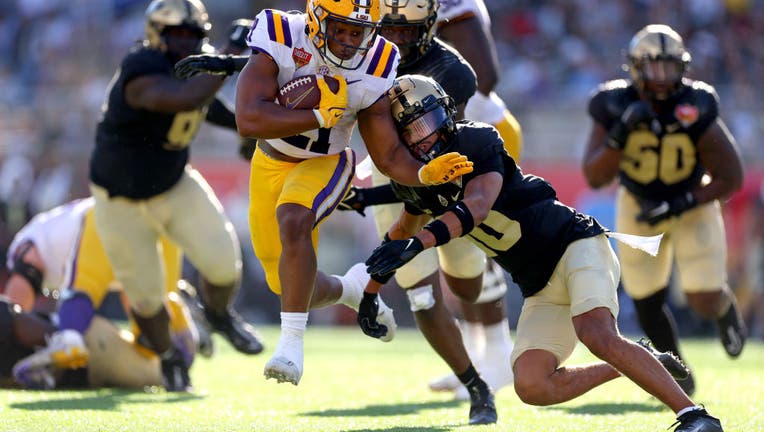 ORLANDO, FLORIDA - JANUARY 02: Noah Cain #21 of the LSU Tigers rushes during the Cheez-It Citrus Bowl against the Purdue Boilermakers at Camping World Stadium on January 02, 2023 in Orlando, Florida. (Photo by Mike Ehrmann/Getty Images)

LSU never trailed against the Boilermakers, recording 594 yards of offense and concluding the scoring with Quad Wilson's 99-yard interception return for a touchdown.

The Tigers (10-4) finished with at least 10 wins for the first time since the 2019 season when Joe Burrow, Ja'Marr Chase and Justin Jefferson led undefeated LSU to a national title.
The Boilermakers (8-6) were led by interim coach Brian Brohm after his brother, Jeff, left at the end of the regular season to take Louisville's head coaching job. Ryan Walters, formerly the defensive coordinator at Illinois, will now take over as Purdue's coach.

Purdue had an up-and-down year, starting 1-2 before rallying to win the Big Ten West and reach the conference title game, where it lost 43-22 to Michigan. The Boilermakers were playing in their first Citrus Bowl.

LSU, after a year in which it beat Alabama and reached the Southeastern Conference title game, controlled the game from the start. And nothing changed when starting quarterback Jayden Daniels was relieved by backup Garrett Nussmeier. After punting on their first drive, the Tigers scored touchdowns on seven of their next eight possessions to take a 49-0 lead.

Daniels led four scoring drives, going 12 of 17 for 139 yards and a touchdown. He also had 67 yards rushing and caught the TD pass from Nabers. 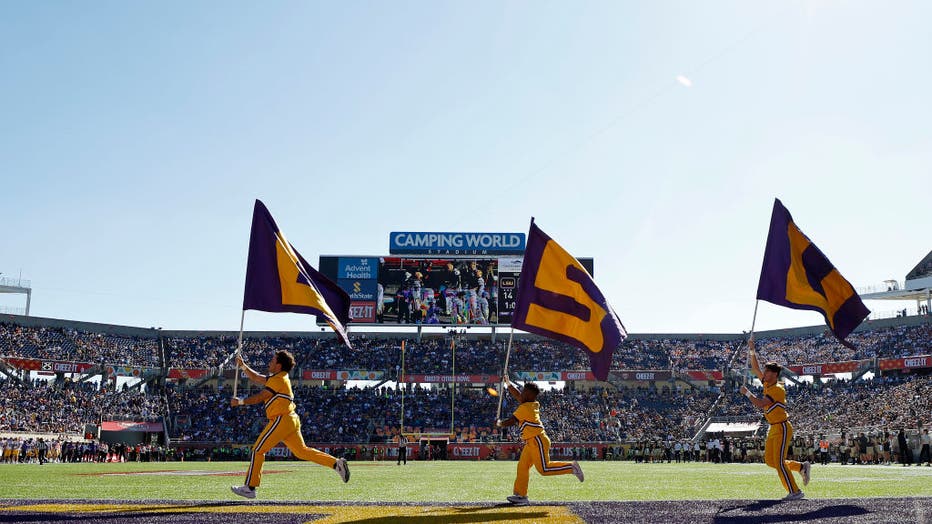 Nussmeier finished 11 of 15 for 173 yards and two TDs. He threw a second-half interception, but LSU was already leading 42-0 at the time and the Tigers' defense followed by forcing a three-and-out.

Nabers, LSU's leading receiver this season, had season highs in yards and catches (nine), and his TD toss wasn't even his most impressive pass of the day. After running wide on a jet sweep, he threw an on-target deep ball to Kyren Lacy for a 45-yard completion that set up a touchdown in the first half.

John Emery Jr. had a 1-yard TD rush, Derrick Davis Jr. had a 12-yard rushing score and Noah Cain had two rushing TDs, which gave the Tigers a school-record 39 rushing TDs for the year. 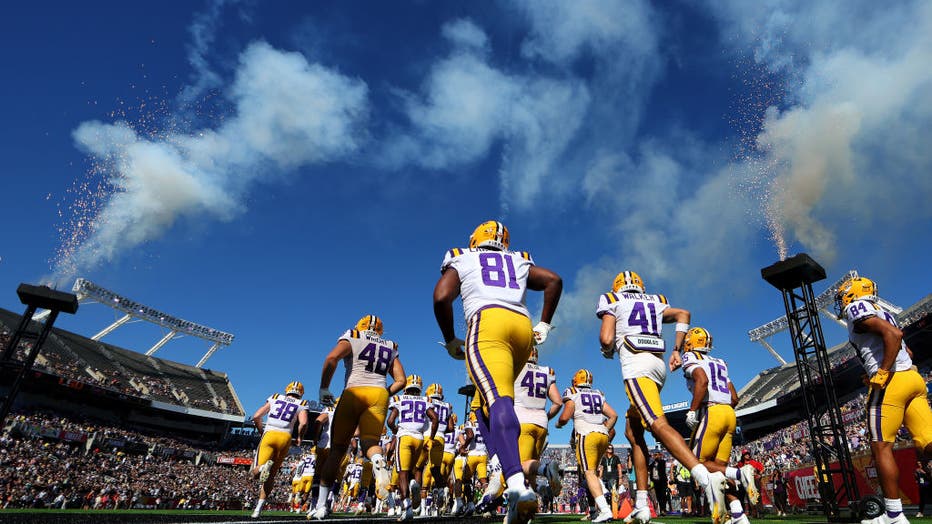 ORLANDO, FLORIDA - JANUARY 02: The LSU Tigers take the field during the Cheez-It Citrus Bowl against the Purdue Boilermakers at Camping World Stadium on January 02, 2023 in Orlando, Florida. (Photo by Mike Ehrmann/Getty Images)

Austin Burton made his third career start at quarterback for the Boilermakers in place of Aidan O'Connell, who opted out to prepare for the NFL draft. Burton completed 12 of 24 passes for 74 yards with an interception.
Michael Alaimo relieved Burton in the second half and threw a 16-yard TD pass to T.J. Sheffield. Alaimo finished 4 of 11 for 31 yards with an interception.

Purdue crossed midfield four times. The first was on a drive set up by a fake punt, but that ended when Burton threw a pick. The other three ended in a touchdown, interception, and turnover on downs. Purdue's first nine possessions resulted in six punts and three turnovers.

SCARY INJURY
Purdue receiver Deion Burks took a scary hit and had his head stabilized as he was loaded onto a stretcher, carted off the field, and taken to Orlando Regional Medical Center. Burks flashed a thumbs-up on his way off the field, and Purdue officials told ABC reporters that he had movement in his extremities.

THE TAKEAWAY
LSU: The Tigers were without several players, including WR Kayshon Boutte, who recently declared for the NFL draft, but their success demonstrated the program's depth. LSU had 27 first downs and was 6 of 7 in the red zone.
Purdue: The Boilermakers were outmatched with a roster depleted by opt-outs. Purdue had just 17 first downs.

UP NEXT
LSU: Plays Florida State in Orlando on Sept. 3 to start the 2023 season.
Purdue: Hosts Fresno State on Sept. 2.