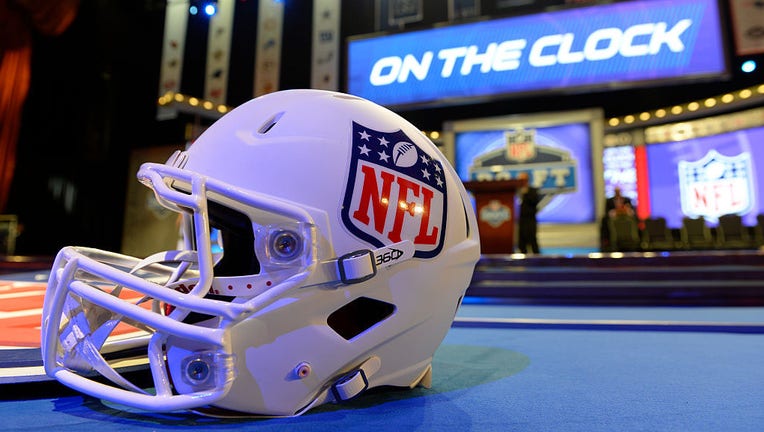 FILE-Final preparations are made prior to the start of the first round of the NFL Draft. (Photo by Rich Kane/Icon SMI/Corbis/Icon Sportswire via Getty Images)

WASHINGTON - After weeks of mock drafts from analysts and fan speculation over who will be selected first, the 2022 NFL Draft is finally here.

College football’s biggest stars will gather in Las Vegas, Nevada for one of the NFL’s popular events Thursday night.

There won’t be a shortage of drama and intrigue as 32 NFL teams look for a coveted top prospect they hope can take their franchise to the next level.

Top prospects in the 2022 NFL Draft

Where teams are picking in the 2022 NFL Draft

When and where you can watch the 2022 NFL Draft

The NFL will continue their tradition of having NFL legends and current star players announce draft selections during the three-day event in Vegas this weekend.