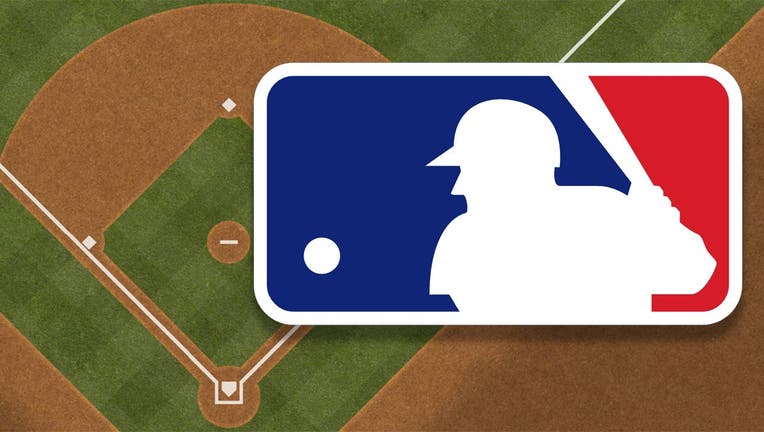 NEW YORK (AP) - Major League Baseball and its players are moving closer — to a deal or to Commissioner Rob Manfred ordering a shortened season without an agreement.

MLB offered players 80% of their prorated salaries and a 72-game schedule beginning July 14 in an effort to start the pandemic-delayed season, according to details of the proposal obtained by The Associated Press.

Players would get 70% of their prorated salaries during the regular season and the rest for completion of the postseason under MLB's plan, given to the union Friday.

“This represents our final proposal for a 72-game season,” Deputy Commissioner Dan Halem wrote in a letter to union chief negotiator Bruce Meyer that was obtained by the AP. “You should let us know by the end of the day on June 14 whether players desire to accept it.”

Teams cut their proposed schedule each time they make an offer due to the calendar, unwilling to delay the World Series past October. Because salaries are tied to games, total pay for the year decreases as time goes by.

The players’ last offer, on Tuesday, was for an 89-game regular season at full prorated pay. The union said it will convene a call of players to discuss its response, but players repeatedly have said they don’t intend to move off their stance for full prorated pay.

MLB proposed that players be guaranteed about $1.27 billion in salaries including projected earned bonuses, increasing the total to $1.45 billion if the postseason is completed. The union's proposal would guarantee players roughly $2.25 billion.

Before the new coronavirus caused opening day to be pushed back from March 26, salaries had been set to total $4 billion. Each side includes an additional $50 million postseason pool.

Players have insisted they receive 100% of their prorated salaries, the terms the sides agreed to in March, but that agreement was contingent on fans having access to stadiums. MLB told the union that playing in empty ballparks without gate revenue would cause a loss of $640,000 for each additional game played and that teams can't afford full. The union has said it doubts MLB's figures but has not received sufficient financial disclosure to make a full evaluation.

Manfred has threatened to unilaterally call for a schedule of about 50 games if teams must pay 100% prorated salaries. That would guarantee just under $1.25 billion — close to the new offer without the postseason portion. If Manfred goes with a one-sided plan, the union likely would file a grievance and hope an arbitrator would award money damages.

Both sides say they would agree to expand the playoffs from 10 teams to 16 in 2020 and 2021, but an agreement is needed for that to happen. MLB is to receive $787 million from Fox, Turner and ESPN in its current postseason format. Expanded playoffs would create new games to sell, the total depending on the format agreed to.

Baseball's highest-paid players, Mike Trout and Gerrit Cole, would each be guaranteed $11.2 million and have the chance to earn $12.8 million under the new plan. They would receive $19,777,778 under the union plan, down from their original $36 million salaries this year, and $11,111,111 for 50 games at full prorated pay.

In addition, a $50 million postseason players' pool in each side's proposal would result in a full share being worth about $250,000 for the World Series winner and $170,000 for the loser. Normally, tickets fund the postseason pool.

MLB has proposed that active rosters expand to 30 for the first two weeks of the season, 28 for the next two weeks and then 26 for the rest of the year. MLB also proposed each team could keep 60 total players, including the group not active.

MLB has made three proposals, starting with an 82-game schedule on May 26, then cutting to 76 on Monday and now reducing the season further. Cole and Trout each would have been guaranteed about $5.58 million under MLB's first proposal and about $8.72 million in the second with the chance to earn $12.19 million if the postseason is completed.

“We still see no justification for paying players less than a full day’s pay for a full day’s work, ” Meyer wrote to Halem on Tuesday in a letter obtained by the AP. “Your refusal to play any games in October remains unreasonable and unsupported. You can play more baseball games than that and you owe it to your players and fans to do so. Among other things, concerns about a second wave in October and November are apparently not going to stop other leagues from playing during those months.”

While the sides agreed to prorated pay in March, they also said they would engage in “good faith” negotiations over playing in empty ballparks. Halem, in his letter Friday, reminded Meyer that before the deal Manfred had been prepared to exercise the provision allowing him to suspend Uniform Player Contracts after a declaration of a national emergency.

“The association's rhetoric that players 'remain opposed to any further pay cuts' is quite misleading because players were never entitled to be paid in the first place ... when games were not being played as a result of the ongoing national emergency,” Halem wrote.

Anger among the bargainers was clear when Halem told Meyer “I acknowledge up front that I must have misinterpreted your June 6th letter. I thought the letter reflected a willingness on the part of the association to discuss in good faith the economics necessary for the Office of the Commissioner to waive its right under the March Agreement to resume the 2020 season only when there are, among other things, no restrictions on fan access. After reviewing the association's counterproposal, I stand corrected.”

As part of the March agreement, players received $170 million in salary advances and a guarantee of 2020 service time even if no games are played. In exchange, the union waived its right to claim additional salary.

“We are convinced that the association has purposely failed to fulfill its obligations under the March agreement,” Halem added. "This failure to act in good faith has caused enormous damage to the sport.

Players want to extend the regular season past its scheduled end on Sept. 27 and push back the World Series deep into November.

MLB said it remains willing to suspend for this offseason the loss of amateur draft picks for teams signing qualified free agents, leaving the decision “at the election of the association.” This would mark the first time since the free agent era started in 1976 that free agent compensation would be dropped, but the union said this week it was not interested.

Both sides have expressed interest in using joint funds to assist minor league players, who are not likely to have a season, and social justice initiatives.