DAYTONA BEACH, Fla. - Daytona Beach, currently home to Jackie Robinson Ballpark and the Minor League Tortugas, could soon be without any professional baseball.

Major League Baseball has proposed a radical reorganization of the minor leagues, involving slashing the number of teams by 25 percent, mostly affecting short-season and rookie ball clubs. The New York Times reported which teams specifically are on the chopping block. 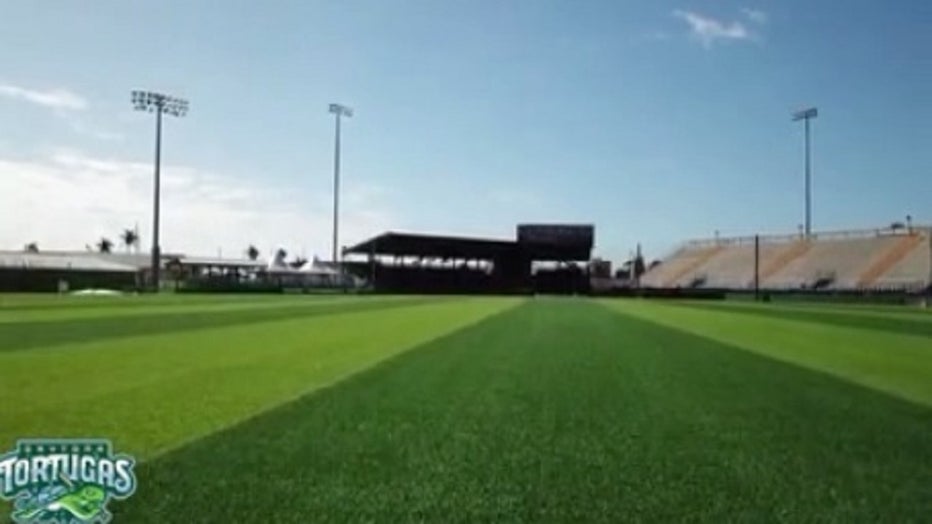 There are 42 in total, including the Daytona Beach Tortugas, but the team is not going out without a fight.  The team's president, Ryan Keur, shared a statement with FOX 35 on Tuesday.

Keur said that the park's namesake, Jackie Robinson, retired his jersey number 42. In the statement, it said, in part: "42 is a number that has far greater meaning to our country's civil rights history than the way the MLB is cavalierly tossing it around today."

The 42 minor league franchises could cease to exist when the current agreement between Major League Baseball and minor league teams expires at the end of next year.  That would mean only one more season for the Tortugas.

MLB sees reorganization as a necessary process to make the minor leagues more efficient and to improve conditions and facilities. The team's president said, in recent years, the Tortugas have added new turf to the field and an updated video screen.

"To lose professional baseball in a community that's had it for over a hundred years, we were one of the first teams in the Florida state back in 1920, and there's just so much history and so much support here in the community. It's pretty shocking," Keur said.

Jill Abercrombie, the manager at Zappi's Italian Garden on Beach street, said without the regular games at the ballpark, local businesses would suffer.

"It would do a lot of damage for a lot of the businesses because [the games] bring the kids and the families here. It helps with economy," she said.

U.S. Rep. Michael Waltz, who represents Volusia and Flagler Counties, also chimed in on Twitter. He wrote, in part, "Baseball is a part of our area's history."

Daytona Beach city officials are meeting with the team on Wednesday to discuss further options.